Rye grass, a type of monocot

Scientists have developed the largest ever family tree of a major group of flowering plants called monocots, which could help protect their diversity.

Monocots account for a quarter of all flowering plants. They are among the most diverse and economically important plants on the planet, but their evolutionary lines have never been properly mapped. Monocots include staples such as corn, rice, wheat and barley; many tropical fruits such as pineapples and bananas; and other foods such as dates and sugarcane. Monocots such as grasses, bamboo, palms, and their derivations including fibres, are used as key building materials in many countries such as in China.

Now, researchers at Imperial College London have created the most up-to-date family tree or phylogenetic tree, which traces the lines of evolutionary descent of monocots. The researchers analysed DNA samples from across the globe, aiming to determine what factors affected the diversity of monocot species. 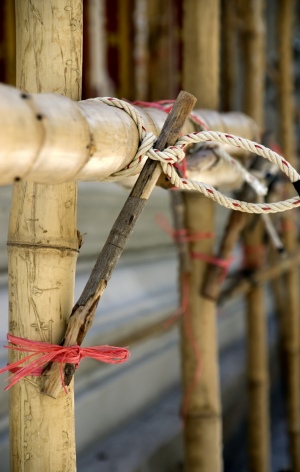 Their work could help scientists to conserve the biodiversity of monocots and lead to new types of uses for these plants, such as in the development of new medicines.

Professor Vincent Savolainen, study co-author from the Department of Life Sciences at Imperial College London, said: “Monocots are so important in our lives, providing us with essential food and building materials. Our study is not only the most detailed family tree of monocot species ever developed, it is also importantly helping us to understand what factors affect their diversity. This could lead to better methods for conserving and protecting them.

“It may also lead to new uses for them such as in medicines. Sometimes the best active compound to use in medicine is found in a different species to the one in which it was initially discovered. Therefore, testing close evolutionary relatives may reveal a slightly different molecule that has a stronger effect in combatting one particular disease.”

As expected, the team in today’s study found that biological factors - such as the way different monocots evolved to take advantage of their environment - played a part in their diversity. However, the researchers discovered that the most important factors in the diversity of monocots in any given region were geographical factors such as the habitat size, its latitude, and altitude.

Monocots are so important in our lives, providing us with essential food and building materials.

In particular, they found that the size of the habitat accounted for a third of the species diversity. They suggest this is likely because a bigger habitat means that there are generally more resources and less competition, which enables more species to thrive together rather than compete against each other. They also found that species diversity was reduced at higher altitudes. This may be because temperatures are lower and there is less water available, which causes fiercer competition among monocots for fewer resources.

The researchers were also able to verify previous findings that monocot species are most varied around the equator, and that the closer monocots are to the poles, the fewer species are available. This might be due to higher UV radiation at the equator, causing more genetic mutations and species variation in equatorial regions as a result.

This research analyses 1,987 of the 2,713 types of monocot worldwide. Researchers in this field will now look to increase their sampling to ultimately encompass the roughly 400,000 plant species, to create the entire botanical ‘tree of life’.