The discovery of the shape and binding capability of epidermal cells could explain how skin maintains a barrier even when it is shedding.

Our study is also helping us to see how the cells that make up our skin can switch on a mechanism to make a kind of glue, which binds the cells together, ensuring that our skin maintains its integrity.

The authors of the study say their new understanding of how epidermal cells form a barrier may explain the paradox of how we can shed them without compromising our skin’s integrity. It could also help us to understand what happens when it forms incorrectly, which could lead to conditions like psoriasis and eczema.

Humans lose 200,000,000 skin cells every hour. During a 24-hour period, a person loses almost five billion skin cells. It has been a challenge for scientists to explain how this colossal shedding process can occur without there being a break in the skin barrier.

Scientists have previously known the epidermis consists of a thick outer barrier of dead epidermal cells, which are constantly shedding. What they’ve known less about is a secondary barrier deeper below the surface in the epidermis that is made up of only a single layer of cells, which forms a much thinner, though no less important, protective barrier. 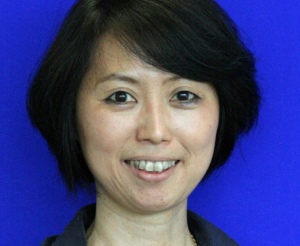 Now, a team from Keio University in Japan, working with a researcher at Imperial College London, have discovered that the shape of the epidermal cells combined with their ability to temporarily glue together, may explain how they form this strong barrier.

The researchers suggest that a shape of an epidermal cell is actually a flattened version of a tetrakaidecahedron - a 14-sided 3D solid made out of six rectangular and eight hexagonal sides. The authors came to their conclusion after studying skin cells in mouse models using a confocal and two-photon microscopes, and developing mathematical models.

The tetrakaidecahedron shape was first proposed in 1887 by William Thomson (Lord Kelvin), a Scotch-Irish mathematical physicist and engineer. He claimed that the tetrakaidecahedron was the best shape for packing equal-sized objects together to fill space with minimal surface area.

The team also discovered that these cells manufacture proteins, which act as a temporary glue that binds the cells together in what are called ‘tight junctions’ , which are depicted in the video. The combination of the cells’ geometry and tight junction formation means that the skin barrier can maintain its integrity even though it is very thin.

The team suggest that ‘malfunctions’ in the production of the tight junctions may be a contributing factor that explains why some people have conditions such as eczema, where the skin barrier is weakened, which leads to bacterial infiltration, inflammation, scratching and further infection. In other cases, fails in the interlocking barrier between cells – the tight junctions – may partly explain why in psoriasis there is an overproduction of epidermal cells, causing thick patches of skin on the surface.

Dr Reiko Tanaka, one of the study’s authors from the Department of Bioengineering at Imperial College London, said: “It is amazing to think that an abstract concept for a shape devised by the mathematician Lord Kelvin over a century ago may be an important shape in nature, helping our skin to maintain its effectiveness as barrier.

“Our study is also helping us to see how the cells that make up our skin can switch on a mechanism to make a kind of glue, which binds the cells together, ensuring that our skin maintains its integrity.

“Our skin is the largest organ in our body and it is vital that we completely understand how it works, so when it doesn’t work as it should, such as in eczema or psoriasis, we can understand the mechanisms that might be causing the problems.”

The study is published todayin the journal eLIFE .

The next steps will see the team analysing how skin thickness is determined and how the balance between cell growth and cell shedding is maintained. Faults in this process can lead to a thickening of the skin, leading to conditions like psoriasis. The team will also determine why skin thins as we get older, providing new insights into aging, or when it thins because special treatments like steroids are administered to treat eczema.