Researchers have discovered that chronic obstructive pulmonary disorder (COPD) may be treated by targeting an anti-ageing pathway.

In the UK, almost three million people have COPD, which causes progressive shortness of breath.  The condition is primarily caused by long-term smoking, but can also be the result of exposure to other air pollutants and fumes.

What is perhaps most exciting about this study is the unexpected finding that we can reduce the ageing process in COPD.

Researchers have previously found that the lungs of people with COPD exhibit signs of accelerated ageing. Now, a team from Imperial College London’s National Heart and Lung Institute (NHLI) have discovered how to target this ageing process, which may lead to effective new therapies. The finding was published last month in the Nature journal, Scientific Reports.

Professor Peter Barnes FRS from the NHLI led the team who made the discovery. He said: “What is perhaps most exciting about this study is the unexpected finding that we can reduce the ageing process in COPD. This is exciting, as ageing is thought to be a process impossible to reverse.”

The team found that anti-ageing molecules within the identified ageing pathway, called sirtuin-1 and sirtuin-6, were reduced in the lungs of patients with COPD. This reduction in these sirtuins accelerates the ageing of lung cells, and is thought to occur as a result of inflammation and oxidative stress caused by cigarette smoke.

In this new study in human lung cells, the researchers blocked another molecule in the pathway, called Micro-34a, and the anti-ageing sirtuins and the markers of cellular ageing increased back to normal levels. The team suggest that the blocking of Micro-34a may be utilized in future therapies to reduce the ageing processes of lung cells, ultimately reducing the effects of COPD. 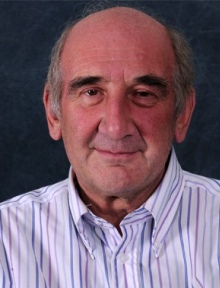 There are currently no effective treatments that target the underlying disease process. However, existing drugs are known to block Micro-34a, so these could be repurposed for use in COPD. Additionally, the identification of this new mechanism could lead to monitoring of accelerated lung ageing in patients with COPD. This could help control the impact of the disorder, and assist in understanding the effectiveness of new therapies.

Most patients with COPD also suffer from several associated chronic diseases, and many of these have the same accelerated ageing pathway revealed in this study. The researchers believe their new study also opens up new avenues for treating these additional conditions.

Professor Barnes said: “We can now also look at other cells that involve this same ageing mechanism, to develop treatments that not only treat COPD, but also improve associated disorders, such as cardiovascular disease, type 2 diabetes and osteoporosis.”

He added: “With the exponentially increasingly ageing population, multimorbidity - people with two or more chronic medical conditions - is currently one of the most pressing medical problems. The findings from this study could therefore potentially have a major impact on multimorbidity in the elderly.”