At 11:56 on 25 April 2015 a devastating earthquake hit Nepal killing nearly 9,000 people and leaving hundreds of thousands without homes. 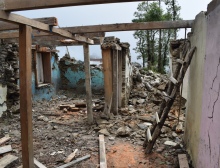 Amongst the forlorn people of Nepal were 12 medical students from Imperial, some of whom were on their final year elective placement, and others who were part of a research project with Professor Mary Morrell (NHLI), who herself had prior experience of practicing medicine in Nepal.

“The students called us from Nepal and were being cared for by people who had lost absolutely everything − they had no home, nowhere to cook, and yet took these privileged western doctors under their wing, fed them, housed them and kept them warm,” Mary says, adding: “It’s hard to cast your mind back to what total devastation the country was in and remains living with to this day.” 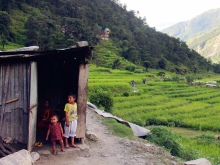 The earthquake was to have a great impact on the students (with one of them staying on to help with the relief) and reverberated back home in London. Head of the Undergraduate School of Medicine Mr Martin Lupton was himself ‘profoundly affected’ by the catastrophe.

“It was around the time the narrative around immigration was beginning, and it struck me that a rich society was literally folding its arms to Syrian refugees drowning in the sea, while a devastated and penniless society was looking after rich people without question. I couldn’t get it out of my head and began to wonder what we might do to at least try and give back something of what we were given by the Nepalese people.” 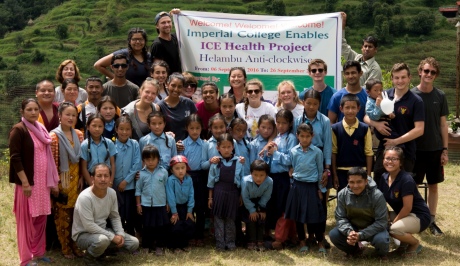 The Nepal episode coincided with conversations Martin, Mary and the rest of the Faculty were having about offering students an experience which would help them develop skills around social responsibility, team working and research. 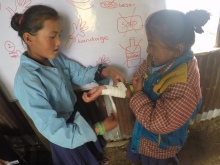 An idea formed to offer early career medics the opportunity to carry out simple sanitation and first aid projects in rural Nepal – where communities were still reeling and attempting to rebuild their lives. In all, 42 first-year students were selected to join the project and underwent training weekends in the Yorkshire Dales and Breacon Beacons to prepare them for the mountainous climate of Nepal

The students formed into teams and had to plan and resource their projects – for example procuring toothbrushes for an oral hygiene project.

The biggest challenge, though was getting students to the rural communities that needed most help, with some centres of population only accessible after a five-day trek. So they partnered with a charity, Community Action Nepal (CAN), which already had a network of health posts and with whom Mary had worked with previously. 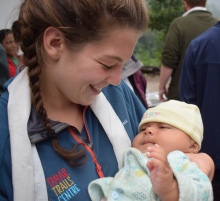 One student team made contact with another charity, Days for Girls, which distribute packs containing sustainable sanitary towels, underwear and information for teenage girls.The products are also made in the Nepal and therefore provide local employment.

All in all, the students had an unforgettable experience, despite dealing with numerous challenges and setbacks – not least of which was a late-lingering monsoon season, bringing with it a constant infestation of bloodsucking leeches. Crucially, the teams also made some new insights and discoveries, for example they found high rates of blood pressure among otherwise physically healthy people, which seemed to correlate with areas that were particularly hard hit by the earthquake, suggesting possible underlying stress disorders.

The eventual aim of the Enables project is to offer second year students, irrespective of financial means, an opportunity to take part in a ‘research experience’ – with overseas projects being just one of many options, which might include developing a health app or working in impoverished areas of London The really unique aspect of the project though is its focus on the development of early career medics, as Mary (pictured below) explains. 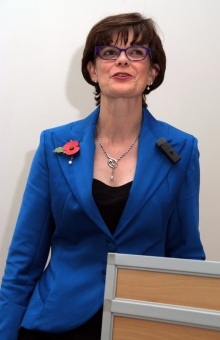 “If the students have this experience in year 6 then they’ve nearly left Imperial and we as a medical community don’t benefit from that. But if they go earlier, at a crucial formative stage, then they can carry that experience through their education. It also gives each students an appreciation of healthcare that’s free at the point of delivery [in the UK] at a time when the narrative around the NHS is quite negative.”

Martin also points out the Enables project came around the same time that they were re-designing the medical curriculum to incorporate more experiential learning.

Listen to medical students Liz Philips and Olivia Hartley talk about their experiences in Nepal.

Some of the students also wrote reports of their time in Nepal. Here are extracts from two of them: 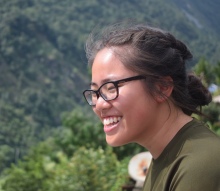 As I was walking into Heathrow Terminal 4 on the day we were leaving, I still had no idea what to expect of the trip. Looking back now, that was the beauty of it: the unknown. I had anticipated to witness the after-effects of the April 2015 earthquake but, one year on, I had not expected to still see such devastation. In the Nepali rurality, formidable landslides still blocked many roads, a whole village remained inundated with earth and rocks, people were still rebuilding their homes with corrugated iron. One boy who I met at the primary school in Kutumsang will remain in my thoughts as he was gentle but seemed unresponsive, no matter what you said. I later learned that he had lost his mother in the earthquake. Despite such tragedy, the tenacity of the Nepali people was undoubtedly present and their generosity and warmth overwhelmed me; they had barely anything yet they would still go out of their way to make us feel welcome. From inviting us to drink tea in their homes to greeting us with prayer scarves at every place we visited, this is the true Nepali spirit that I have taken away with me and will remember in years to come. I aspire to return to Nepal as a fully trained doctor so I can return the generosity that I so gratefully received. 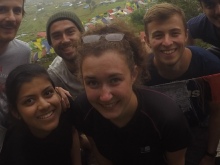 The moment that resonated most with me throughout the entire trip was when we were in a tiny primary school on the side of a mountain in Kutmunsang. It was clear from the outset that, even compared to some of the other schools we visited, access to resources was extremely limited. Their lessons were taught in metal huts, which were essentially Andersen shelters, with just a few wooden benches and tables. As we began teaching our first aid lessons, one girl stood out. Dolma was incredibly bright, participating fully and always keen to answer questions. On reflection in the evening, I realised just how poignant this situation was; despite her talent, opportunities to fulfil her academic potential were few and far between in rural Nepal. However, while we were there, we saw the plans for the new school that CAN are going to build. There was a real sense of hope surrounding it, and an excitement for the empowerment that it may bring.

See more breathtaking images the students took out in Nepal in the slideshow below: 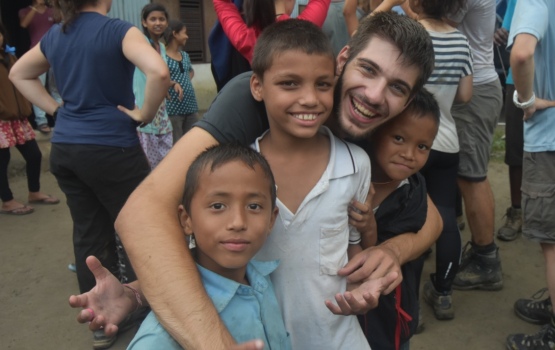 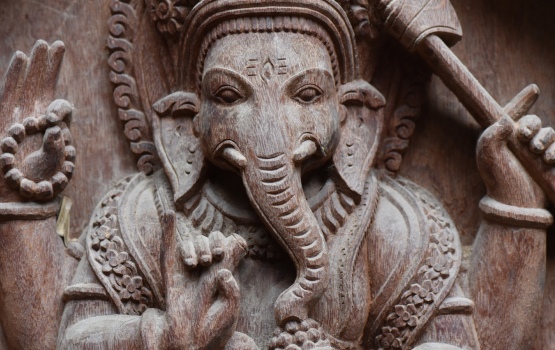 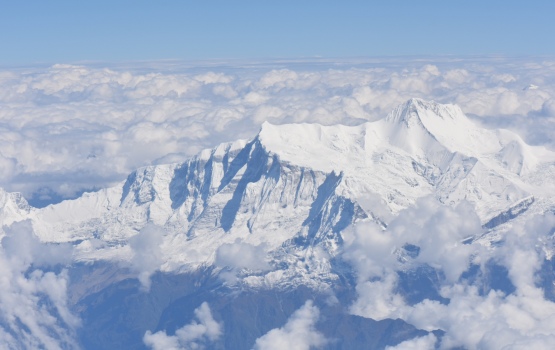 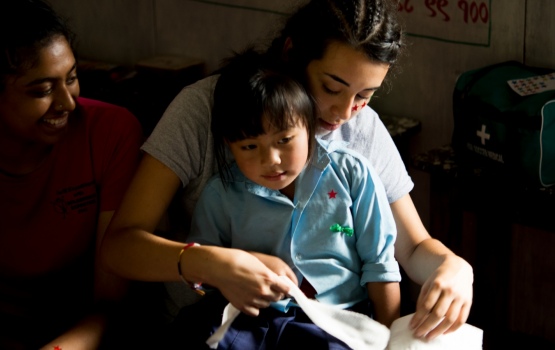 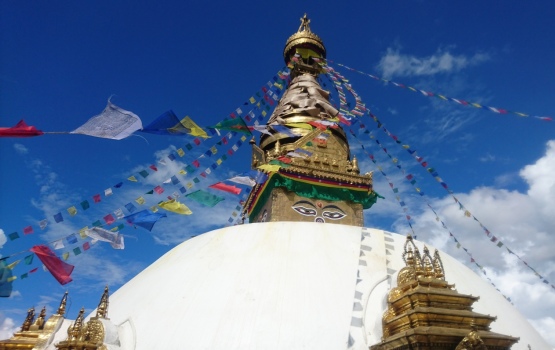 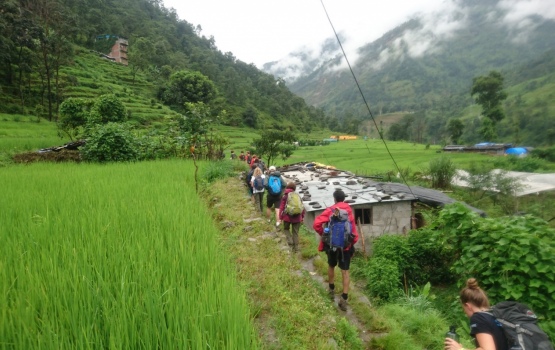 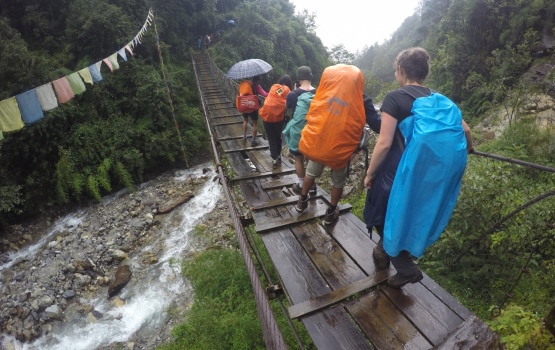 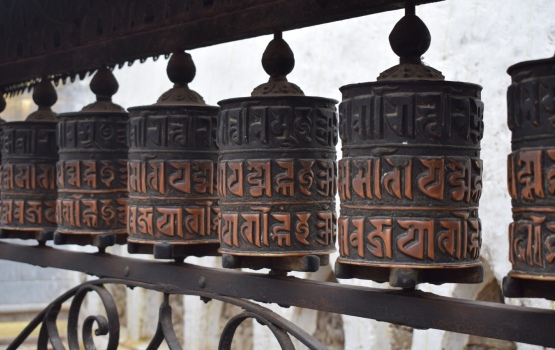 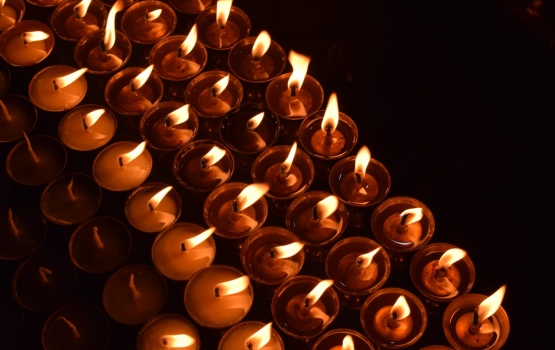 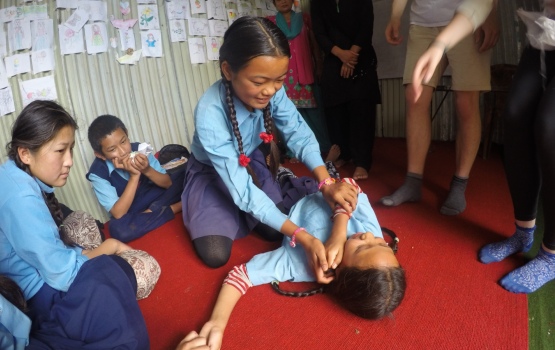 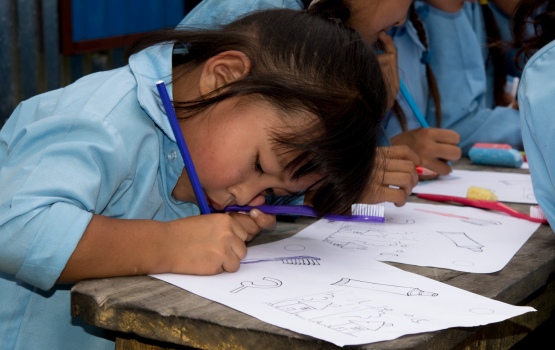 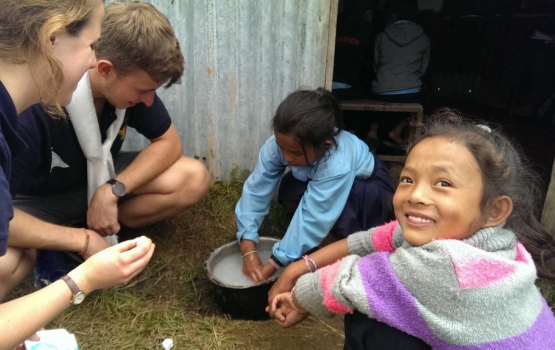 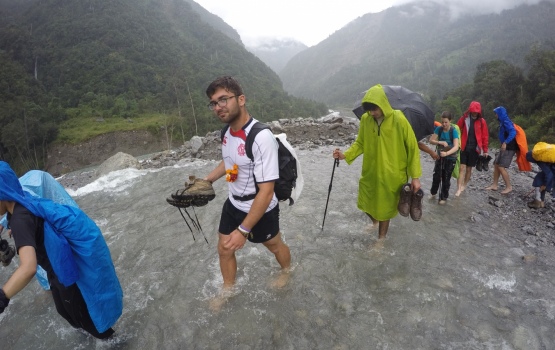 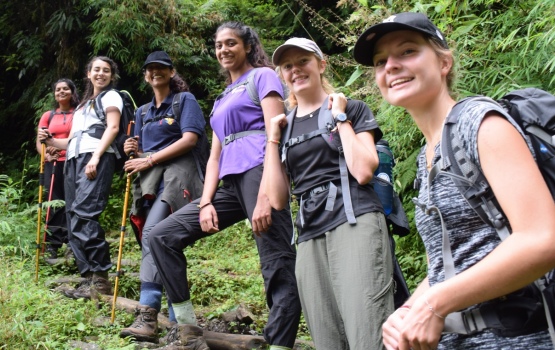 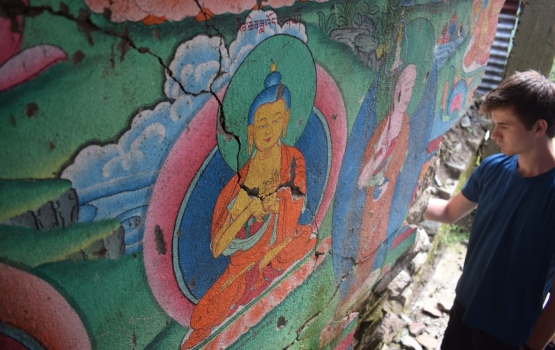 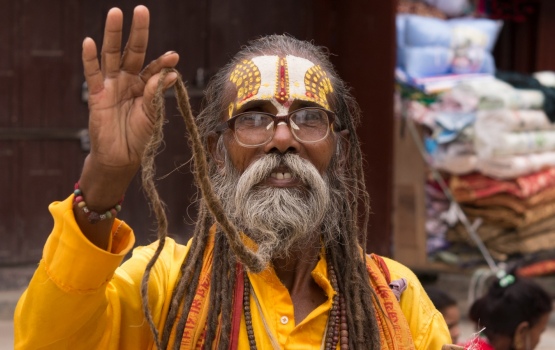