A recent $13.5m donation will support an Imperial initiative working to improve the health of some of the world's poorest populations.

The gift, one of the most generous in the College’s history, comes from Good Ventures – a philanthropic foundation whose mission is to help humanity thrive.

This support will help the Schistosomiasis Control initiative (SCI), which is based in the School of Public Health the College, to treat up to 27 million people with schistosomiasis and intestinal worms across East, West and Central Africa.

Schistosomiasis is one of the most prevalent parasitic infections – second only to malaria in terms of impact. It can cause severe pain and life-long disability, and left untreated can lead to the development of life-threatening conditions such as bladder cancer or liver damage.

The illness afflicts more than 250 million people worldwide, but persists almost exclusively in the world’s poorest communities, especially in Africa. It is counted as a “neglected tropical disease” – a group of illnesses usually caused by parasites or bacteria that thrive in places with unsafe water, poor sanitation, and limited access to basic health care. 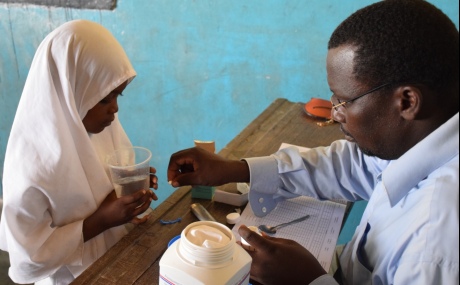 Treatment costs as little as 30p per person

However, these illnesses can be prevented and eliminated through the administration of inexpensive or donated medicines. Treatment costs as little as 30 pence per person.

The SCI works to control and eliminate schistosomiasis and intestinal worms by supporting Ministries of Health in affected countries, in the implementation and monitoring of large-scale treatment programmes – distributing donated drugs to affected areas to reduce infection rates. To date, the SCI has facilitated delivery of over 140 million treatments to children and at-risk adults.

The SCI has facilitated delivery of over 140 million treatments

Good Ventures, which was established jointly by Facebook co-founder Dustin Moskovitz and his wife, Cari Tuna, works closely with the charity evaluator GiveWell to maximise the impact of its philanthropy. The SCI has been consistently among GiveWell’s top-recommended charities since 2013, and Good Ventures has supported the SCI each year since 2011. 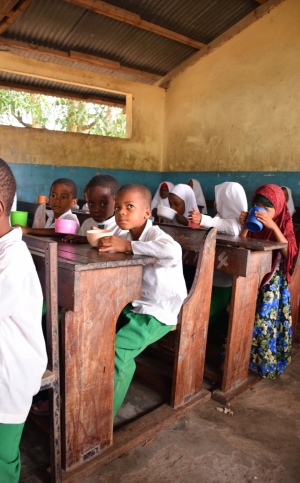 Children with chronic disease can suffer from anemia and malnutrition, leaving them unable to go to school.

Professor Alice Gast, President of Imperial College London, said: "A gift of this magnitude has enormous impact on Imperial’s ability to address the world’s great challenges. Imperial excels at bringing enduring excellence in research to benefit society. We are incredibly grateful to Good Ventures for their generosity, which will greatly enhance our work with international partners to turn cutting-edge research into life-saving solutions for the world’s poorest communities."

Professor Alan Fenwick, Professor of Tropical Parasitology and Founder of the SCI said: “Schistosomiasis blights the lives of millions across the world, and is an immense public health burden to some of the world’s poorest communities. This gift will enable us to bring life-saving treatments to millions more people affected by these debilitating illnesses. The health, social, and economic benefits of this will be profound.”

Wendy Harrison, Executive Director of the SCI, said: “We are incredibly grateful to Good Ventures for their generosity and support, and to GiveWell for their recognition. This is a testament to our strong track-record, the effectiveness of our programme and the importance of our mission. With this additional funding, SCI will be able to expand coverage further to reach an even larger number of affected communities”