Women@Imperial: Imperial looks to inspire next generation of women in science School students from across London gathered at Imperial to celebrate women in science last week. 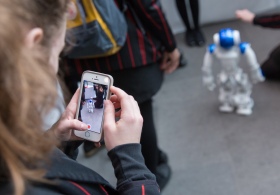 300 young women from schools across the UK came to the College for a day of free talks, workshops and demonstrations designed to champion women scientists and encourage girls to consider careers in science, engineering and medicine.

The event was held as part of the College’s Women@imperial week, an annual event that takes place around International Women’s Day to celebrate female staff and students at Imperial and to raise awareness of the schemes that the College runs to support women. 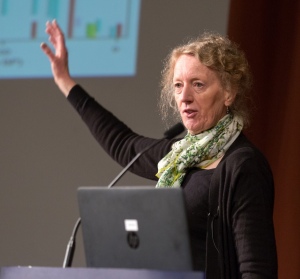 The College’s Main Entrance played host to an array of hands-on demonstrations, while Imperial women gave talks about their work and career pathways to the school pupils.

Professor Joanna Haigh, co-director of Imperial's Grantham Institute, outlined the evidence for climate change and different approaches to tackling it. 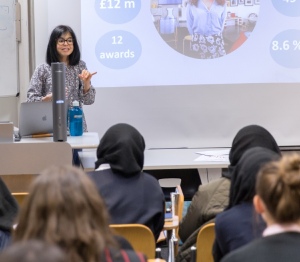 Physicist Dr Jess Wade explained why we need scientists more than ever before to tackle the challenge associated with our growing cities, increased energy consumption and the huge volume of data we produce.

Spacecraft Engineer Dr Leah-Nani Alconel talked about her work as Operations Engineer for the Cassini mission to Saturn. She shares responsibility for the magnetometer instrument (MAG), which is used to measure planetary and inter-planetary magnetic fields. It was developed for the Cassini Mission by an international team headed by Imperial’s Space & Atmospheric Physics Group. Launched in October 1997, it is currently in orbit around Saturn where it has spent over nine years observing the planet and its moons.

Dr Leila Sheldrick has worked to design and develop motorcycle parts for car company Triumph, ambulances for rural Zambia, and more sustainable practices for manufacturing companies across the UK. She explained the work of a design engineer, and how they seek to find innovative solutions to societal challenges. 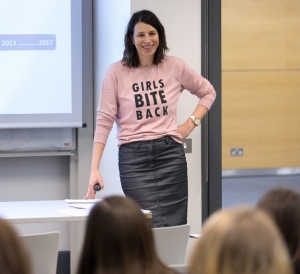 As part of its strategy 2015-20, Imperial commits to inspiring the scientists, engineers and medical professionals of the future by raising aspirations across all age groups.

Find out more about Women@Imperial Week.