Founded by Bioengineering PhD students Graham Peyton and Hamid Soleimani, Microsonix are shrinking the components of ultrasound machines down to a single chip. The outcome is a low-cost, portable medical imaging device that can connect to tablets or smartphones. 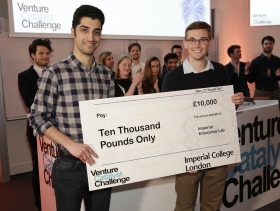 Designed to be produced on a mass scale, their current model is around the size of a pen. The technology allows this life-saving medical imaging to be brought to developing nations where the cost of ultrasound machines can be prohibitive, or to remote areas where it isn’t possible to transport the large, bulky machines.

Graham said: “We entered with an idea and the VCC really helped us understand the commercial possibilities for the product and how to convert it into a realistic business.”

The team believes that their low-cost device can fill a gap in the market in developing countries such as Peyton’s native South Africa, where current ultrasound equipment is prohibitively expensive for many clinics who instead rely on second-hand machines near the end of their lifespan. 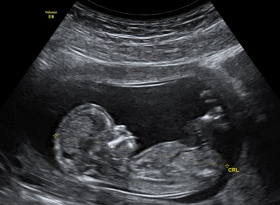 Hamid said: “We identified a problem with current ultrasound technology both in its cost but also its lack of scalability.

“Our supervisor helped us shape our vision and use our technical expertise to scale it down to the size and cost we need.”

Their ultimate goal is to shrink the components of the machine to a single chip, which could be swallowed in a capsule for imaging the digestive tract.

This year’s competition attracted over 300 applicants from across the Imperial student community. Microsonix was one of seven teams to make the final. 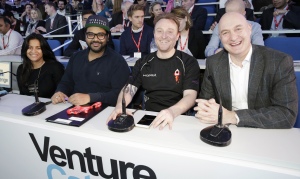 The event also saw two teams receive £5000 runner up prizes: Opensense - a low-cost paper pollution sensor designed to be stuck to smartphones, and ThinAir – an innovative biomembrane which collects latent water particles from the air. 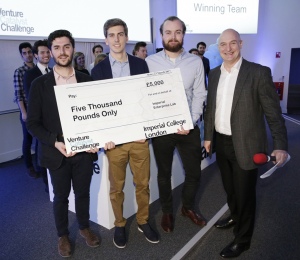 Professor Gann said: “Enterprise Week and the VCC showcase Imperial’s enterprising talent, initiatives and culture. It is a wonderful celebration of al that Imperial does to enable staff, students and the local community to flourish in applying their ideas and gain practical, entrepreneurial experience.

The VCC is an enterprise pre-accelerator run by Imperial Enterprise Lab. Now in its fifth year, it remains Imperial’s flagship entrepreneurial programme for aspiring entrepreneurs. 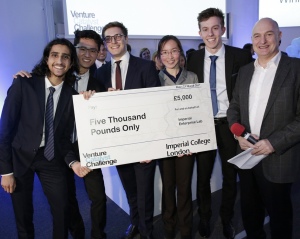 Comprising of a six-week programme of workshops and development the VCC is designed to let teams develop their ideas and test their commercial viability. Bringing together workshops from experts, one-to-one mentoring sessions with industry leaders and group feedback sessions the teams are put through their paces as they learn key skills vital in launching a successful start-up.

The programme culminates in the VCC Final event where finalists pitch their to a panel of expert judges in the hope of winning the £10,000 to help them bring their idea to market.

Bruno Cotta, the founding Director of Imperial’s Enterprise Lab, said: "The Venture Catalyst Challenge tests the commercial viability of our students most promising high-tech ideas. The quality of this year’s entries were exceptionally high with both the winners and runners up presenting highly innovative products we would love to see in the market.

"It’s been a real pleasure to see each of our finalists grow and develop over an intensive 6 week period and we’re excited to see what they can all achieve in the future.”

Accunea has developed a bedside kidney monitoring device that is able to detect kidney injury earlier than existing technologies, allowing doctors to intervene with timely and personalised treatment.

BLINK is a communications device that helps pedestrians communicate with driverless cars. It uses machine learning to interpret the hand gestures of people on the road, signalling for them to either drive or move on.

Microsonix is a miniature, low-cost ultrasound-imaging device using microchip technology. The device will have a simple user interface and connect to a smartphone/tablet, enabling life saving medical imaging to developing areas.

Opensense make pollution sensors on paper, which stick on the back of your smartphone. Powered wirelessly by the smartphone they send the data to the cloud enabling pollution measurements in any location for just a few pounds.

Sonodot is a centimetre accurate, low-power and user-friendly indoor positioning system. Ten times more accurate and five times cheaper than the best competing technology it can be installed in under a minute.

ThinAir has designed a highly efficient biomembrane that collects water from the air around us. Combining principles already used in nature it uses material science to create a surface on which water rapidly condenses.