The deadly chytrid fungus has for the first time been found to infect and kill species other than amphibians, giving clues on how it causes disease.

The fungus, Batrachochytrium dendrobatidis (Bd), is a type of chytrid that has severely affected over 700 amphibian species worldwide, and has made more species extinct than any other infectious disease known to science – at least 200 so far. It causes chytridiomycosis, a disease that damages amphibian skin and rapidly kills its host.

Until now, chytrid was thought to only affect amphibians, a group that includes toads, newts, salamanders and frogs. However, researchers from Imperial College London have now demonstrated in the laboratory that Bd can also infect zebrafish at the larval stage – the developmental phase just after they hatch from eggs.

Research into Bd currently relies on studying infected amphibians. However they are difficult to study and also need to be captured in nature, which is not sustainable in the longer term. Amphibians that are sourced from different natural populations also may respond very differently to the fungus.

Zebrafish are some of the most widely-used biological model species owing to their transparency at the larval stage, which allows scientists to use microscopy to easily track infections. Their immune systems also have many parallels with that of humans and other vertebrates such as frogs.

A zebrafish model represents a brand new opportunity to study the disease process of chytrids.

The team behind today's discovery, which is published in  Nature Communications, say their work will lead to zebrafish as a new model for studying the disease. This could give scientists the opportunity to understand in more detail how the fungus harms its amphibian hosts.

Professor Mat Fisher, a co-author from Imperial’s School of Public Health, said: “The fact that chytrid is able to infect zebrafish larvae could mean that we now have a more effective animal model with which to study the fungus and continue our research in how to save these amphibians.”

The researchers found that Bd infection took hold in zebrafish larvae in a similar way to how it does in amphibians. Professor Fisher added: “The natural bacterial coating found in young zebrafish appeared to protect them from harm during infection, and meant they could fight off the chytrid. This is a far more humane way to study the fungus than our previous models, and means we now have a new laboratory model.”

The more we know about how Bd can infect hosts and where it resides in the environment, the better we can prepare for it and prevent more deaths. Our findings today give us an exciting wealth of information to work with,

Furthermore, because zebrafish breed quickly, the researchers can use many more than they can with frogs. This would help to make research go further and faster.

Co-author Dr Serge Mostowy from Imperial's Department of Medicine said: “A zebrafish model represents a brand new opportunity to study the disease process of chytrids. Young zebrafish have fully developed innate immune systems, which means we can now easily study host-fungus interactions in real time using non-invasive techniques. We can also control their environment with antibiotics, allowing us to study the role of already-present bacteria in influencing chytrid infection.”

The findings may also offer clues into how the fungus spreads between hosts. The researchers suggest that zebrafish larvae and other fish species could act as environmental reservoirs in the wild, and may pass the infection onto amphibians.

Ms Nicole Liew, lead author of the paper from Imperial’s MRC Centre of Molecular Bacteriology and Infection said: “The more we know about how Bd can infect hosts and where it resides in the environment, the better we can prepare for it and prevent more deaths. Our findings today give us an exciting wealth of information to work with, opening a whole new avenue of research. From our experiments, we now know some of chytrid’s hiding places, and present a new lab model highly suited for fluorescent microscopy, enabling us to learn more about the disease process.” 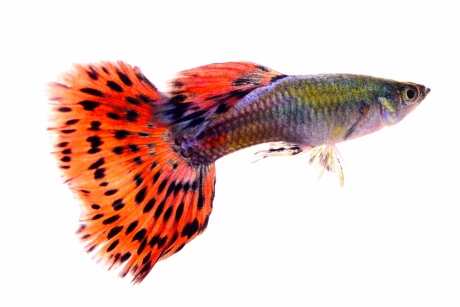 Our knowledge of this devastating fungus is growing in leaps and bounds.

The scientists also managed to infect another species of fish, the guppy, but these fish ended up clearing their infection eventually. The authors say that although their research shows that young zebrafish can be infected, further studies are needed to determine the extent that fish might act as reservoirs of infection in the environment.

Professor Fisher added: “Our knowledge of this devastating fungus is growing in leaps and bounds, and we are excited to see where this new information will take us in terms of saving our amphibian friends.”