Chemistry students are making compounds that may help treat diseases thanks to an open collaboration with the Drugs for Neglected Diseases initiative.

The Open Synthesis Network (OSN) is a partnership between the non-profit research and development organisation Drugs for Neglected Diseases initiative (DNDi) and five universities from the UK, US and India.

Both undergraduate and Masters students at Imperial, which is DNDi’s UK partner, design and synthesise potential anti-parasite compounds that the DNDi is interested in testing.

In its first year, the students have been working on compounds targeting the neglected disease visceral leishmaniasis – an illness that kills up to 30,000 people yearly. The disease is caused by parasites transmitted by sandflies, and is characterised by prolonged fever, enlarged spleen and liver, substantial weight loss, and progressive anemia, eventually leading to death if untreated.

Our students get the opportunity to work with a global organisation doing the best science for the most neglected tropical diseases, contributing to international development and networking with their peers across three continents.

Students investigated compounds that kill Leishmania donovani and Leishmania infantum, the parasites that cause visceral leishmaniasis.

The OSN process involves DNDi sharing data on existing compounds from one of its active research projects with all university participants. These existing compounds have anti-parasite properties, but tweaks to their structure or make-up could make them more effective.

DNDi thus have a list of ‘wanted’ compounds that they would like to test. It is these compounds the students try to synthesise. Students at Imperial on the MSci Chemistry with Medicinal Chemistry synthesise a compound over several weeks as part of their third-year project.

Masters students on the MRes Drug Discovery and Development collaborate with the DNDi to design and synthesise new compounds, and also to investigate parasite chemical and molecular biology to identify drug targets.

All work generated by OSN will be published in the public domain in real time and remain free of intellectual property, allowing faster development.

Professor Ed Tate, Course Director for the MRes Drug Discovery and Development said: “These projects allow our students to do real innovative science at the cutting edge of drug development. They have access to every part of the process, including designing, synthesising and testing. 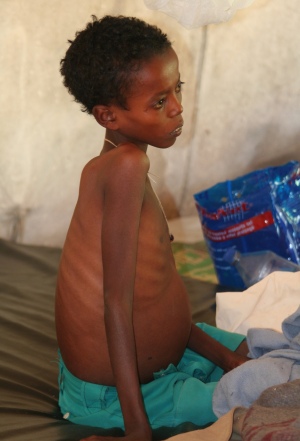 “Our students get the opportunity to work with a global organisation doing the best science for the most neglected tropical diseases, contributing to international development and networking with their peers across three continents.

“In return, the students provide the DNDi with the opportunity to investigate aspects of potential drug molecules that they would not have the resource to look at in detail themselves. We could open up a new avenue of collaborative discovery if we find something of interest, which they could then quickly move into preclinical development.”

“This is the first open, ongoing project of its type, and could provide an interesting template for future collaboration with the pharmaceutical industry.”

Dr David Mountford, Senior Teaching Fellow and admissions tutor for the MSci Chemistry with Medicinal Chemistry said: “New and novel initiatives such as this train students to an exceptionally high level, such that they are more than capable of becoming the drug discovery champions of the future.” 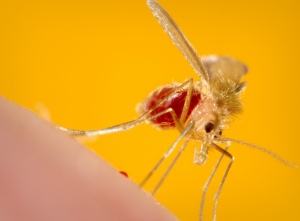 Ben Perry, Senior Discovery Manager at DNDi said: “Through the Network, students contribute to a real-life medicinal chemistry project with the potential to make a concrete impact with the results of their lab work.

"DNDi gets to access their creativity and the collective synthetic power of university training in a way that could resolve some of the research and development challenges we are facing in our quest to bring new treatments to neglected patients.”

To find out more about studying Chemistry at Imperial please visit our Study website: www.imperial.ac.uk/study