Imperial will mark the achievements of more than 3000 new engineers, doctors, scientists and future business leaders at Postgraduate Graduation Day.

Watched by a record 9400 guests, this year’s new graduates will take to the stage in the Royal Albert Hall to receive their awards in the largest Graduation in Imperial’s history.

The ceremonies will be hosted by Imperial's President Professor Alice Gast. Addressing the audience of new graduates and their guests, Professor Gast will commend the achievements and potential of this year’s graduating cohort.

“You have the potential to accomplish great things. I hope that you will use your intelligence and education to solve the problems of today and the problems that will arise in the future,” she will say.

Echoing the sentiment of her President’s Address to the Imperial community in March, Professor Gast will speak of the importance of patience in a rapidly changing world: “Quick thinking and the ability to make rapid decisions are essential in today’s competitive world.  But they alone are not enough to achieve success and fulfilment. Complex issues in a complicated world deserve deliberate thought and perseverance.”

“Never lose your enthusiasm for contributing to society. And always remember that patience is an ally, not an enemy, of enthusiasm.” 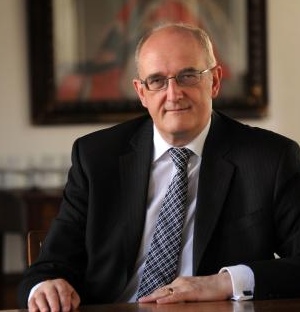 This year Imperial will present an honorary degree to Professor Sir Leszek Borysiewicz, Vice-Chancellor of the University of Cambridge and Chairman of Cancer Research UK. His research focuses on viral immunology, infectious disease, and viral-induced cancer.

Following initial studies at Cardiff Medical School and a PhD from Imperial College London, Sir Leszek pursued a career in academic medicine at the University of Cambridge, where he was a fellow of Wolfson College, and then as a consultant at Hammersmith Hospital. He headed the Department of Medicine at the University of Wales before joining Imperial College London, where he was promoted to Deputy Rector responsible for the overall academic and scientific direction of the College. In 2010 he was appointed the 345th Vice-Chancellor of the University of Cambridge,

Sir Leszek was knighted in the 2001 New Year’s Honours List for his contribution to medical education and research into developing vaccines. Among his many honours, he holds the Royal Society of Medicine’s Jephcott Medal, the Royal College of Physicians’ Moxon Trust Medal and he is a Fellow of the Royal Society. 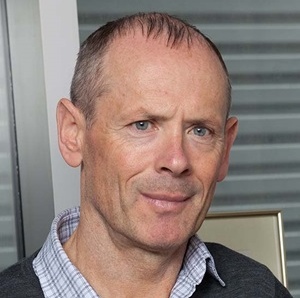 Professor David Holden, Professor of Molecular Microbiology in the Department of Medicine and the founding Director of the MRC Centre for Molecular Bacteriology and Infection will be formally be conferred with the title of Regius Professor. Professor Holden is one of the world’s leading experts on Salmonella bacteria, which cause diseases including gastroenteritis and typhoid fever.

Imperial was awarded the prestigious Regius Professorship by the Queen as part of her 90th birthday celebrations last year, recognising the highest standard of research and teaching in the Faculty of Medicine.

Recognising their outstanding contributions to the life and work of the College, Imperial College Medals will be presented to Gail Hallissey - Facilities Co-ordinator at Imperial College Business School, Professor Geoff Maitland - Professor of Energy Engineering and former President of the Institution of Chemical Engineers (2014-15), and Professor Sarah Rankin - Professor of Leukocyte and Stem Cell Biology, Senior Tutor for fourth year medical students and Head of Outreach and Public Engagement for the National Heart and Lung Institute.

The ceremonies will also see the presentation of The President’s Medals, which are awarded to recognise staff members who have made outstanding contributions to research, external engagement, innovation, and research support or supervision (see sidebar).

Outstanding student achievement will be celebrated with awards for Ms Clementine Chambon, a fourth year PhD student in the Department of Chemical Engineering. Clementine is the co-founder of Oorja, a social enterprise that uses agricultural waste and solar power to provide electricity to off-grid communities in rural India.

Dr Harriet Gliddon, a Postdoctoral Research Associate in the London Centre for Nanotechnology at University College London and former PhD student in the Departments of Medicine and Materials at Imperial, will be recognised for her work as a volunteer for Positive East, London’s largest HIV charity and her roles as an Imperial Postgraduate Ambassador and a STEMNET Ambassador.

Captain David Henson, a second year PhD student in the Department of Bioengineering is also recognised. He was injured in Afghanistan in 2011 while serving in the Royal Engineers and has gone on to represent Paralympics GB in athletics at the 2016 Paralympic Games in Rio de Janeiro, winning bronze in the T42 200m race. David was also Captain of the British Armed Forces Team in the Invictus Games in 2014 and competed again in the 2016 Games winning medals at both. He sits on the Advisory Board of the Imperial Centre for Blast Injury Studies as the veterans’ representative.

Also recognised for the award will be Ms Franca Hoffmann - a final year PhD student in the Department of Mathematics and Director and Trustee of the Supporting African Mathematics Initiatives, a UK based charity which advances education in mathematics for public benefit by improving the standard of education in Africa.

Dr Nathalie MacDermott, a second year PhD student in the Department of Medicine, will also receive the recognition for her work as Clinical Lead for the Samaritan’s Purse Ebola response, where she worked alongside the Centres for Disease Control and Prevention, World Health Organisation and Ministry of Health in Liberia.

Finally Dr Natasha Stephen who completed her doctoral studies in the Department of Earth Science and Engineering will be recognised for her outreach work, using her doctoral work on meteorites from Mars to tirelessly promote science to the public and increase awareness of the value of science to society.

President’s Medal for Outstanding Contribution to Excellence in Pastoral Care - Sue Feller, MSc Cluster Administrator for the Geotechnics Section within the Civil and Environmental Engineering Department.

President’s Medal for Excellence in Innovation and Entrepreneurship - Professor Chris Toumazou, Regius Professor of Engineering and Founder of Imperial’s Institute of Biomedical Engineering.