This weekend's Imperial Festival gives you the chance to get your hands on interactive science activities, and the scientists behind the research.

There is something for everyone at this year's Imperial Festival on 6-7 May with live experiments, demos of new technology, lab tours, and creative workshops where you can get involved no matter what your age. Our scientists from the National Heart and Lung Institute will be taking part in events across the campus including the Health & Body Zone, Interactive Tent and Superbugs Zone.

Most of us associate viruses with getting ill and as the sinister culprit behind the spread of the common cold. However scientists are looking more closely at how the properties of viruses can allow them to be used in other ways to benefit people. The Virus Hustle uses familiar pub games to demonstrate that viruses are not all about causing disease, but can also play a vital role in curing disease when used in the right way. Bring your best pool and darts skills along to see if you can cure a respiratory infection over a game of darts!

It is very exciting that Imperial has given us researchers the platform to share our work with the public. My team and I participated in last year’s Festival and it was fantastic. Bring on the FUN!

One possible use of viruses is in the treatment of cystic fibrosis (CF) where a person’s lungs can become clogged with thick mucus due to an inherited faulty gene. Researchers are using bioengineered viruses (that are harmless to patients) to smuggle a healthy version of the cystic fibrosis gene into the patient’s cell, thus taking advantage of the virus’s ability to deceive the immune system. This healthy gene can then replicate and correct the faulty gene until the cell dies.

Researchers are also looking at how viruses can be used to combat the bacteria that are behind the lung infections of cystic fibrosis patients. They are investigating whether special viruses, called bacteriophages, which attack certain bacteria by getting inside them and causing them to burst, can be used to destroy the bacteria in CF patient’s lungs. Current treatments for cystic fibrosis are becoming less effective as some of the bacteria that cause lung infections are becoming resistant to antibiotics, so it is important that new ones become available.

Tubercolusis (TB) is one of the top ten causes of death worldwide and yet it is both curable and preventable (source: WHO). Watch an animation that shows what happens to the body when it is infected with TB, how the immune system battles the bug into latency, to stop it having further adverse effects, and how these latent TB infections can be treated to prevent people developing symptoms (and having to deal with the full blown disease). 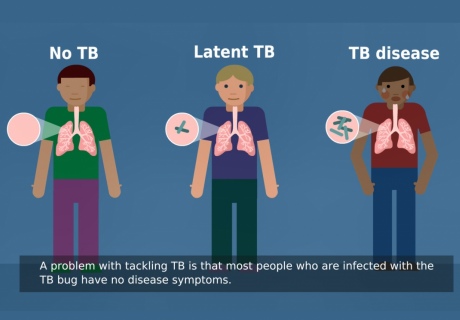 The animation has been produced by Alice Halliday, Ishita Marwah and Mica Tolosa-Wright from the NIHR HPRU in Respiratory Infections thanks to a public engagement grant awarded by the British Society for Immunology. The HPRU research team will be standing by to field any questions or chat about their work and there will be giant microbes on hand for that perfect selfie opportunity.

HAYSTACK IN A HEART CELL

Many different types of cells work together to make a healthy heart These include:

Scientists are trying to better understand these cells so that when the heart is damaged (for instance by a heart attack) they can use them to help it mend. Our researchers are looking at messenger RNA (mRNA) in all the cells in the heart to better understand what information they contain, and uncover new ways to repair the heart. The mRNA ‘read’ the DNA code of the cell and then make proteins to carry out the instructions provided in the DNA. Our scientists are using cutting edge technologies to look into each type of heart cell, one at the time, discovering a new universe of information which remains hidden using standard technologies that look at the cells as a group.

I’m looking forward to explaining our work in gene therapy because I think the concept of selecting features of viruses that make them incredibly effective at causing infections and using those features to help treat a challenging disease like cystic fibrosis is very exciting.

At Imperial Festival we are running a hands-on collage workshop to allow you to explore the research being done by heart scientists to understand the vast amount of complex information contained in each individual heart cell. Can you find the cardiac stem cell that could lead to new ways to repair the heart?

WHERE TO FIND US AT #IMPFEST