As artificial intelligence becomes more advanced, it’s not enough to just pre-program a robot with rigid instructions to follow. Machines are increasingly able to learn how to recognise patterns in data, but learning how to interact with the physical world is a different matter. Robot DE NIRO is learning how to use its two arms and hands to manipulate objects and interact with people by observing and modifying its own behaviour.

Photos from the event

More about the Imperial Festival 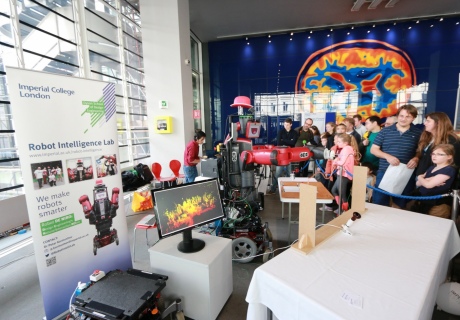 Science Museum debut for Robot DE NIRO How to Train Your Robot? A talk by Dr Petar Kormushev

Introduction to the Robot Intelligence Lab