More than twenty academics have been recognised this year as part of the President's Awards for Excellence in Research.

Our College strategy recognises the importance of our collective strength across everything we do.

These awards recognise excellence in research across five categories. They are outstanding research team, outstanding early career researcher, research support excellence, external collaborations and partnerships, and innovation and entrepreneurship. Within each category, those awardees judged to have made particularly exceptional contributions are selected to receive the President’s Medal.

These are one of three sets of awards given to Imperial staff as part of the President’s Award programme with similar prizes being given for education and societal engagement. The recipients will receive their awards from Imperial’s President, Professor Alice P. Gast, at the Imperial Garden Party in June.

Professor Alice Gast, President of Imperial, said: “Congratulations to all of this year’s winners. These awards recognise the vital contributions they have made to make our university world-class in teaching, research and public engagement.

"Our College strategy recognises the importance of our collective strength across everything we do."

These awards are an important form of recognition for the excellent research that is undertaken at Imperial.

Celebrating our excellent staff is a key part of this. Their efforts matter greatly to us and we thank them for all that they do.”The selection panel for the awards was overseen by Professor Nick Jennings, Vice-Provost (Research).

Professor Jennings said: “These awards are an important form of recognition for the excellent research that is undertaken at Imperial. When taken together, they highlight the key ingredients of a world-class research environment. All the winners are excellent exemplars of the very best of our research and I’m delighted to see the breadth of activities being recognised.”

The Separations, Engineering and Technology research group are one of this year’s medallists. This team were recognised in the outstanding research team category. 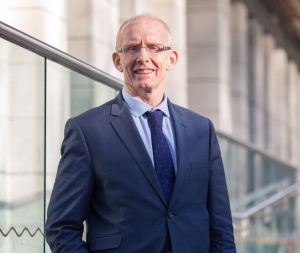 Led by Professors Andrew Livingston and Kang Li in the Department of Chemical Engineering, the group develops new energy efficient methods for separating substances with the use of membranes. Membranes are selectively permeable barriers that can provide a filter for a range of processes, from removing salt from sea water in desalination plants to purifying pharmaceuticals during production. Filtration processes using membranes could potentially reduce energy consumption compared to other separation methods, and they can carry out filtration at the molecular level, enabling engineers to select and separate with precision the molecules they want to use.

The team collaborate very closely with other leading academic institutions and industry to develop new types of membranes that have the potential to improve many industrial processes. They have produced more than 500 academic papers, initiated two start-up companies and have had more than 30 industrial collaborations, not to mention more than 50 PhD students have contributed to the group since it began in 2003.

“This stage of an academic’s career - the time between obtaining a PhD and acquiring the first grant – can be very demanding and competitive. It’s a real boost to have been recognised amongst such high calibre peers and by senior colleagues.”

One example of research generated by the group is the development of a prototype crumpled membrane that has the potential to be used widely across industry. The prototype is extremely thin - it would take a stack of ten thousand membranes to match the diameter of a human hair - making it very permeable. It is also strong and is able to filter liquids at pressures of around 50 bar, which is the equivalent to the pressure at around 500 metres below the ocean's surface. The membrane is durable and resistant to a range of organic solvents, used in industrial process all the way from oil refining to drug manufacture.

Ultimately, this technology may one day replace more energy intensive and less selective separation processes in the chemical industry, with a consequent reduction in carbon dioxide emissions and improvement in product quality.

Professor Livingston said: “When Kang and I first set out to establish this group it was very hard to gather enough resources to get it up and running. However, we didn’t give up and we weren’t afraid to seek out new research areas, which can be really daunting. One of the key things we’ve learned over the years is that supporting each other and collaborating in an aspirational environment, not to mention respect for each other, is so important for a research group. Kang and I have worked together for 14 years and still remain friends, which is one of the most important aspects of a successful research group.

“It is a real honour for our team to be singled out for special recognition in an environment such as Imperial, where everyone is excellent. We plan to bring the whole group together, both past and present, and celebrate this achievement by ‘consuming’ the prize money.”

Dr Emma Robinson (below), from the Department of Computing, is another of this year’s awardees. Dr Robinson is one of the recipients of the President’s Awards for Outstanding Early Career Researchers. 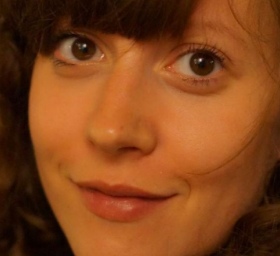 Her research focuses on the development of computational methods for brain imaging analysis and uses a form of artificial intelligence called machine learning, as well as computer vision technology.

Part of Dr Robinson’s work is devoted to the Human Connectome Project, which is a global collaboration that aims to model the complex network of neuronal connections that process information in the human brain.

Dr Robinson said: “Big collaborations can be extremely rewarding, but also difficult to administer and project manage. I have been extremely lucky on the projects I have worked on. One of the lessons I’ve learnt is that it’s important to be clear about your role and the roles of members of your team, and never be afraid to ask for clarification or support where it is needed.

“This stage of an academic’s career - the time between obtaining a PhD and acquiring the first grant – can be very demanding and competitive. It’s a real boost to have been recognised amongst such high calibre peers and by senior colleagues.”