Twenty members of staff have been recognised in this year's President's Awards for Excellence in Education.

The awards recognise excellence in education across four categories. Within each category those awardees judged to have made particularly exceptional contributions are selected to receive the President’s Medal.

The awards are one of three sets of awards given to Imperial staff as part of the President’s Award programme with similar prizes being given for research and societal engagement.

Awards in the education stream recognise staff who have made outstanding contributions in teaching, pastoral care, research supervision and supporting the student experience.

Dr James Moss is Physiology Teaching Fellow in the National Heart and Lung Institute and recipient of the President’s Medal for Excellence in Teaching. 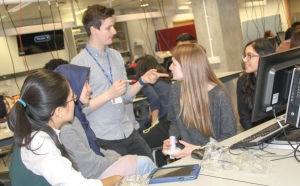 Teaching on a number of courses within the Faculty of Medicine, James has innovated and developed new ways to use digital technology to enhance learning in the faculty using platforms like GoogleDocs to generate live feedback from students during courses to allow them to help shape their teaching as it happens.

Students have praised his innovative organization and the publication of ibooks for modules – as well as more ‘low tech’ innovations including utilising an old drinks bottle and a straw to make a functioning lung model.

James said: “There’s a difference between using technology to enhance learning and just using technology-enhanced learning for the sake of it. It’s about making sure teaching is sympathetic to the needs of the student and finding new ways to engage them in the subject.

“Looking at the names of other people who have won I feel a bit out of place. I’ve still not had time to process it all really. I’m one of those lucky people who really loves their job. I get so much from it on a daily basis. It’s so rewarding to have a positive impact on students here and improve their learning experience.”

As well as the President’s Medals, award-winners were selected across all four categories.

Professor Lesley Cohen, Consul for Faculty of Natural Sciences, received the President’s Award for Excellence in Supporting the Student Experience for her work establishing industry connections and research placements for undergraduate students in the Department of Physics. 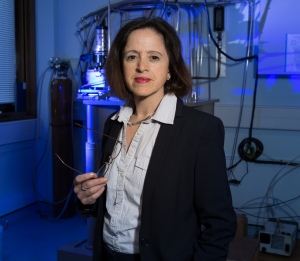 Establishing the Blackett Laboratory Industry Club in 2011, Lesley has given students access to over sixty companies through career recruitments days, talks and presentations, allowing students to explore career options in organisations that have physics skills at the core of their business.

Lesley has also been instrumental in developing a series of UROP international exchange programmes for undergraduate students, with the department now offering opportunities for students to visit institutions such as the University of British Columbia, MIT and Seoul National University.

Lesley said: “This award is one of the best things that’s happened to me at Imperial. To be acknowledged like this for something that’s had such an impact on students is great. I’m thrilled.

“The UROP programme was about expanding Imperial’s international visibility and forging links for our students to benefit from. Other universities run similar schemes and as a world class institution I felt we should too.

“It’s such a popular scheme, I have so many students asking about it. I’ve even had enquiries from prospective applicants wanting to know how they can take part.”

The selection panel for the awards was overseen by Vice-Provost (Education), Professor Simone Buitendijk, and the award recipients will receive their awards from Imperial’s President, Professor Alice P. Gast, at a ceremony later this year.

Professor Buitendijk said: “The quality of this year’s nominations was exceptional and the winners represent the best of Imperial’s teaching community.

“The winners all embrace innovative and inspirational teaching methods, provide excellent support and guidance, and work tirelessly to improve the experience of students day in, day out. They provide examples to be followed across the College.”

Professor Alice Gast, President of Imperial, said: “Congratulations to all of this year’s winners. These awards recognise the vital contributions they have made to make our university world-class in teaching, research and public engagement.

“Our College strategy recognises the importance of our collective strength across everything we do. Celebrating our excellent staff is a key part of this. Their efforts matter greatly to us and we thank them for all that they do.”