Professor Wieman spoke about taking a scientific approach to science and engineering education.

Speaking ahead of the launch of Imperial’s new Learning and Teaching Strategy on Friday, Wieman spoke of his experience with transforming science education and taking an evidence-based approach to learning and teaching.

An internationally renowned scientist and educator, Professor Wieman holds a joint appointment as Professor of Physics and of the Graduate School of Education at Stanford University. An acclaimed researcher in the field of physics he won the Nobel Prize in Physics in 2001 for the first creation of a Bose-Einstein condensate - a state of matter of a dilute gas of bosons cooled to temperatures very close to absolute zero. More recently, Wieman directed the science education initiatives at the Universities of Colorado and British Columbia, which carried out large scale change in teaching methods across university science departments.

During the lecture, Professor Wieman spoke of his own experience teaching students and the frustration he often had that graduate students arrived equipped with lots of academic knowledge and information, but seemingly lacked the knowledge of what it was to be a physicist.

“When I was first called to teach, I responded how anyone would – that is, to go off and think about the subject so then I could go tell the students, so they would understand the subject in the way I had.

“What I found from collecting data from these students is often my perfectly clear explanations were leaving the students baffled. For many years I looked at this like the weather – you might not like it but it’s just the way it is. It is nature.”

When working with his graduate students, Wieman also observed a paradox between academic achievement and success as a scientist that made him question the ways the subjects were taught and the outcomes that were achieved.

“The particularly striking feature was the students that did best in all their courses and their exams never turned out to be the best practicing physicists. The best physicists were often the ones who never quite achieved that high level academically but excelled as researchers. I got to the point of identifying a fundamental puzzle here and one I decided to tackle just like I would any physics problem.”

Wieman’s discovery led him to take a scientific approach, measuring outcomes of teaching methods and conducting research into their effectiveness. By comparing methods in controlled groups he found that results using scientific teaching methods led to increased understanding over similar ability students taught in a traditional lecture format.

By combining a range of techniques and experimental approaches to class design, such as focusing readings pre-class and using a question based format in the classroom, Wieman saw a dramatic improvement in results.

In one year at Stanford Wieman’s approaches applied to a physics course saw increased attendance, more content covered by students, and 90% positive feedback from students –as well as enthusiastic support from staff who greatly preferred the methods to traditional lecturing.

“The students are very enthusiastic and are now pushing the faculty to change other courses in this way as they find it is so much more valuable. It’s an enthusiasm that has been shared amongst the staff too. All the faculty have found it is a much more rewarding way of teaching and whilst it does take some time to learn, once you to do it you don’t go back.”

Wieman was also keen to stress that whilst there is not enough data to be sure of a correlation, the one year sample at Stanford also found an increase in students majoring in physics and a dramatic increase in women taking the subject.

Wieman’s lecture came ahead of the launch of Imperial’s new Learning and Teaching Strategy later this week. The Strategy has been informed by many of Wieman’s ideas, particularly around giving staff time to review curricular and creating space and resource to develop scientific approaches to teaching. 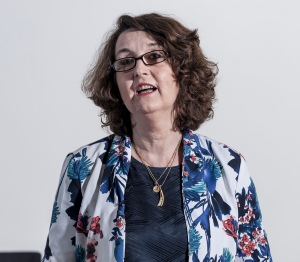 “We should be very keenly aware that as we research solutions to the world’s problems we are also training the next generation of global leaders and we want to teach them well.

“Imperial has developed a new comprehensive learning and teaching strategy to innovate our pedagogy and enhance the student experience. Over the coming years we will be putting the time, effort and resource into developing these ideas further.”

You can view the full Professor Carl Wieman lecture below