Designs on White City: Q&A with the architects Sketch of the central space of the south site

Paul Eaton is partner at Allies and Morrison, the architecture practice masterplanning the south site of Imperial's White City Campus.

Tell us a little about Allies and Morrison?

As architects, our work spans a range of different projects across different scales. Rather than focusing solely on one type of project, in a way, we like to specialise in being generalists. A good portion of our work is also masterplanning. What we do bring is an understanding of how to create places, the importance of the public realm and, importantly, the way in which buildings relate to the public spaces they face. We don’t believe in holding dogmatic positions on anything; you don’t come in with all the answers, rather you come in with the ability to listen and learn and shape the answers with people.

How do you work with Imperial? 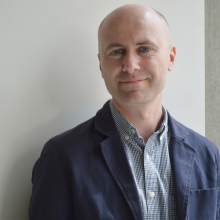 Part of the process is for everybody to somehow be involved in the masterplan. We’ve been onboard for nine months now and the first few months were spent in extensive consultation with a number of groups around the College – including the senior academic leadership and White City Working Group, but also the Energy Futures Lab, Imperial College Union, non-executive members of the College Council, White City Syndicate, Estates Facilities and the CFO’s team.

Everybody has different perspectives, and that really colours how they think about White City. Some people can’t wait to go over there because they are the people who crave new things and new ways of working. But everyone at the College has been open to ideas – because that’s the currency of the College. 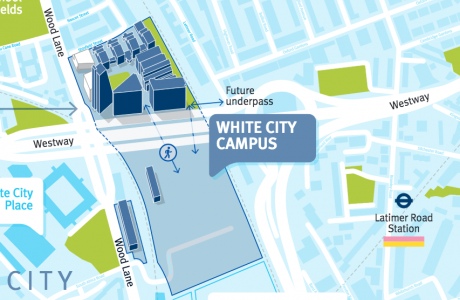 What did you take from the consultation?

A pillar of the masterplan it to allow the College do what it does best – but even better. It’s about bringing people together and allowing them to exchange ideas. You can think about the masterplan as a kind of serendipity machine – a way of orchestrating the space to facilitate the all-important interactions. What’s really interesting is that this happens at South Kensington almost by accident; everybody is jammed in together − to some extent that’s part of the secret sauce of the place. White City is a chance to do that in a slightly more structured way and in a way that’s more inviting to the local community.

What are some of the challenges of applying these principles to a world-leading university?

The wonderful thing about science is that it’s at the vanguard of knowledge, therefore you don’t know what the future holds. I talk about the masterplan being a flexible chassis – with fixed elements such as the thoroughfares but where you can plug in buildings as required, in any order. Ultimately, the College needs this flexibility so it can continue to be agile. You don’t need to know exactly what the buildings will be. Of course, it’s likely that there’ll be multi-disciplinary research hubs, but equally the masterplan is there to accommodate commercial partners who have different needs. Also, you have to expect the unexpected. For example if the latest focus of a particular branch of research needs a particular type of space or labs, you need to be able to cater for that. 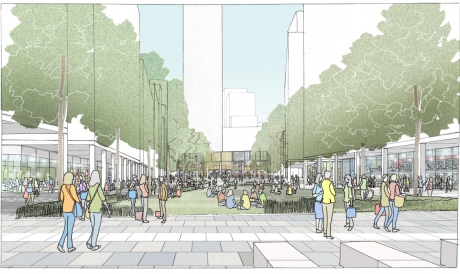 How does that approach differ from say Cambridge Science Park?

I think London is the big difference; it’s a good thing to be embedded in London. Instead of building a science park-like campus, you’re forced into a buzzy, urban condition. Theoretically, that makes it harder, but if you get the chassis right, you can accommodate those opportunities and produce places with more intensity − this is a whole new way of doing things. Working with all of the adjacent landowners and the local community, the momentum is building, it is feeling more and more like the most exciting part of London to be in.

Read about the latest developments at Imperial's White City Campus