ICSO's appearance on BBC's The One Show

At the end of a year that’s seen them pack out venues from Imperial’s Great Hall to the Royal Philharmonic Orchestra’s Cadogan Hall and play in locations from Croatia to Chelsea, Imperial’s musicians take the time to consider some of the group’s recent successes. 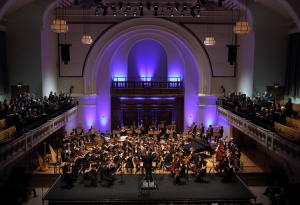 Amber Moore, a third year medical student, harpist and this year’s ICSO Chair is proud of the success the orchestra has had this year: “It’s tricky balancing your academic work and being the Chair of the orchestra, but luckily the third year of the medical degree is a bit less stressful than the others so I’ve managed to make the most of it this year. It’s been really nice to shape the orchestra’s year and get to know everyone as well as I have.”

Orchestras are nothing new for Amber. Like many of Imperial’s top musicians, she played for school orchestras before arriving at the College and was even a member of the Junior Academy at the Royal Academy of Music, where she met the Symphony Orchestra’s conductor and Director of Music at the College, Richard Dickins, who was conducting there at the time. 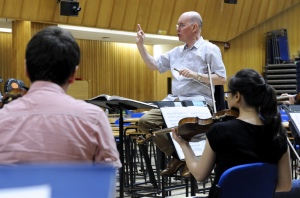 “I think science and music work really well together” Amber adds. “There’s a discipline required in them both and often the process is quite similar. You build a musical piece up, almost like a code, interpreting it as you go along in your own way. I think that’s why a lot of scientists, especially mathematicians, are very good musicians too.

Next year’s Chair, Rufus Lawrence, a cellist and third year maths student himself, hopes this is the case: “I always knew I wanted to join an orchestra wherever I went to study. I’m just lucky that Imperial has such a strong musical tradition. I’ve played the cello for a long time and to a high level – I did even consider pursuing it professionally for a while. Instead I came here to study maths, but it’s been great that I’ve been able to continue playing even whilst pursuing other things.” 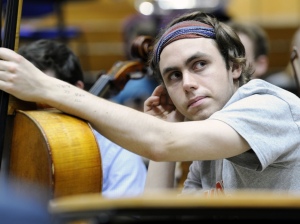 For Rufus there has been many musical highlights throughout this year, from ICSO’s tour last September to some of their big performances here in London.

“The tour in Slovenia was a particular highlight. We can’t take the full orchestra on tour, which musically can be a bit limiting, but it’s a great experience to play for crowds in different venues around the world.”

This year’s tour took ICSO to Croatia and Slovenia where they played concerts in Ljublijana’s Konservatorij za glasbo in balet and the Celjski Dom in Celje. The highlight of the trip however was their performance at the Opatija Hotel as part of the Opatija Festival, where they played in front of a 500-strong crowd which included the City’s Mayor.

“Musically though, my overall highlight had to be our Spring Concert at Cadogan Hall,” Rufus continues, “It’s such an amazing venue and to be able to play there, the home of the Royal Philharmonic Orchestra, is a brilliant experience.” 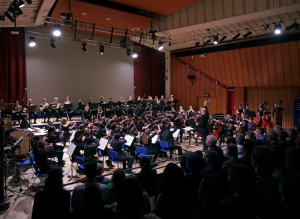 Hannah Takahashi, hornist and a second year physics and music student who served as this year’s ICSO Secretary, also considers the Cadogan Hall performance a personal highlight: “Playing in a professional concert hall like that really raises everyone’s game. Everyone really gives it their all and performances are always amazing.”

Studying a degree in physics and music, taught jointly between Imperial and the Royal College of Music, Hannah more than most is aware of the benefits of combining music and science as a student at Imperial.

“They’re both so different, it’s really helpful to be able to combine them both as they often act as a balance to each other. Being a musician has really helped with the science side of my academic studies, as being in an orchestra requires high levels of time management, and being able to control my stress levels, which is so vital during a big performance, is also really beneficial when it comes to exam time.”

Away from their usual schedules of rehearsals and performances, this year the group gained national attention with an appearance on BBC’s ‘The One Show’ on 7 April. As part of a report on digital instrument apps, the orchestra were presented with a challenge, to perform Tchaikovsky’s famous 1812 overture – but using only instrument apps on their smart phones and tablets instead of their traditional instruments. 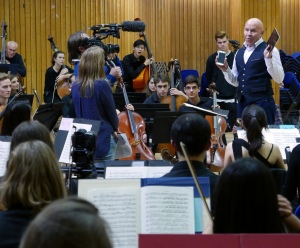 BBC One Show presenter Dominic Littlewood during the show's recording

Hannah was one of the players who took part in the filming: “It was great to hear the Imperial orchestra on the BBC - as well as using the apps we also had to perform with our actual instruments. It was really interesting to hear it properly from the perspective of the audience when watching it on TV. It sounds completely different to when you’re performing on stage.”

Rufus, who also took part in the performance, added: “The challenge was obviously thought up by someone who wasn’t a musician as the apps were very difficult to use. It was great exposure for the orchestra though and really interesting to see the work that goes in on the production side to create a segment for the show.”

With this year’s orchestra calendar drawing to a close with last week’s performance at Holy Trinity Church, Rufus is looking ahead to planning next year’s activities.

“We’re hopefully going to be doing more of the same and building on the success of this year,” he begins. “One thing I’d like to do is to introduce more opportunities for smaller groups of players to get together and play chamber music. It would be great to see smaller groups go off and try different pieces and come back and perform for the orchestra and others as an audience.”

You can find out more about Imperial College Symphony Orchestra on their website.

A year in music