An innovative cashless payment app pioneered at Imperial has attracted investment of GBP 12 million aiding its expansion into European and US markets.

Yoyo Wallet, which was co-founded by and Imperial’s own venture capital arm Touchstone Innovations in 2013, was initially launched as a cashless payment platform for Imperial students, staff and visitors to purchase food and drink on campus.

Imperial has been to integral to Yoyo's development

The platform has since become the fast-growing British mobile payments app – recently reaching a milestone of 1m monthly payments for its 400,000 registered users.

This week, it was announced that Yoyo Wallet has raised £12m from investors including Touchstone Innovations, as well as German retailer Metro Group and fund manager Neil Woodford.

“It's obviously validating to have investors and partners buying into our vision, but in many respects we're still early on in Yoyo's journey,” said Min Teo, Yoyo Wallet VP Operations & Finance.

“What started out as an education solution at Imperial, has now grown into an offering for all universities, corporate head offices and high streets both in the UK and abroad, so there's a huge amount of work to be done to fulfil our potential.”

Speaking of Yoyo’s long-time relationship with the College, she added: “Imperial has been to integral to Yoyo's development and has probably done more to shape Yoyo's product than any other site.

“We built the initial Yoyo product around Imperial’s needs and pain points and the College's students, cashiers and staff have continued to be important partners for us when testing new products and services.” 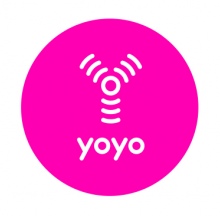 Yoyo Wallet is available free for both iPhone and Android users, and works by connecting with a user’s bank account by direct debit. Users can pay for items instantly by scanning a unique QR code generated on their smartphone.

The app can also be used to collect loyalty points from participating outlets on campus, automatically generating vouchers when these points can be redeemed for a reward.

Touchstone Innovations (then known as Imperial Innovations) led the initial investment in Yoyo.

Following its trial at Imperial, the app was then rolled out across the UK in spring 2014, and has since been adopted in 60 UK and Irish universities, and by major corporations such as JPMorgan Chase.

Most recently, Yoyo was announced as Caffè Nero mobile payment partner, and is set to be rolled out across the coffee chain’s 600-plus stores.

With £12 million of fresh investment in the company, international expansion is on the near horizon.

Ms Teo said: “This funding will allow us to get the app into more hands and provide the benefits of customer identification and mobile engagement to a wider array of retailers, large and small, in the UK, the US and across Europe."