People with lower iron levels may be at greater risk of heart disease, a new study has found.

CVD is a leading cause of death worldwide, according to the World Health Organization, resulting in more than seven million deaths a year.

What we have highlighted is a potential therapeutic target that we didn't know about before, and one that's easily modifiable

Previous research has shown that iron status – the amount of the nutrient in the body – plays a role in CVD risk, but studies to date have provided conflicting results. While some studies have shown high iron status may have a protective effect, others point to high levels of iron increasing the risk of heart attacks.

Scientists have struggled to prove that systemic iron levels directly influence the risk of CVD because many other factors including age and gender can affect both, making it difficult to untangle the relationship between them.

Now, researchers from Imperial College London and University College London have used a method called Mendelian randomization to try to establish if there is a direct or causal link between levels of iron and the risk of CAD, revealing that those with lower iron status are at greater risk.

In the study, published in the journal Arteriosclerosis, Thrombosis, and Vascular Biology, researchers looked at the link with heart disease by using people’s genetic variation as a proxy for their iron status, revealing that having a high iron status reduces the risk of CVD. 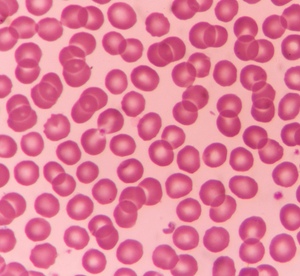 Using genomic data from a public database, the team searched through data for more than 48,000 people to work out the impact of genetic variants on people’s iron status. They focused on three points in the genome where a single ‘letter’ difference in the DNA – called a single nucleotide polymorphism (SNP) – can slightly increase or reduce a person’s iron status.

When these SNPs were screened for in datasets including more than 50,000 patients with CAD, they found that those with the SNPs for higher iron status had a lower risk of CAD.

The researchers explain that the next step would be to validate the findings in a randomised controlled trial, where patients would be given either an iron supplement or a placebo and then followed up to see if the supplements have any impact on their risk of CVD.

If the findings are validated, it could mean supplementing people with low iron status would potentially offer a simple way to help them reduce their risk of CAD.

“Previous studies have suggested a link between iron levels and heart disease, but it has been difficult to pick this apart from other confounding factors,” said Dr Dipender Gill, a Wellcome Trust Clinical Fellow at Imperial and lead author of the study. “As our genes are randomly allocated before we are born, their impact on our systemic iron status is less affected by the lifestyle or environmental factors that can confound observational studies.

“We have shown that having low iron status increases the risk of coronary artery disease, but this doesn't mean correcting that resolves the increased risk. What we have highlighted is a potential therapeutic target that we didn't know about before, and one that's easily modifiable,” said Dr Gill.

“Our findings have potential implications for public health,” he adds. “Just as when someone's cholesterol levels are high we give them a statin, it could well be the case that if their iron levels are low, we could give them an iron tablet to minimise their risk of cardiovascular disease. For those people who have already had a heart attack, and whose iron status is low, we could potentially reduce their risk of having another heart attack just by giving them an iron tablet. This is an exciting idea that warrants further investigation.”

Iron is a vital nutrient, essential for a number of biological processes in the body. Most adults are estimated to have around four grams of iron in the body, the majority of which is locked up in haemoglobin – the protein complex in red blood cells which clings onto oxygen, releasing it as the cells make their way around the bloodstream.

While men require less than nine milligrams of dietary iron per day, women under 50 need closer to 15 milligrams, with most people able to get enough iron from their diet. However, an estimated two billion people around the world do not get enough of this vital nutrient from their diet, which can lead to anaemia and cause tiredness, shortness of breath, heart palpitations and increase their risk of infections.

“Maintaining iron at an optimum level is very important as both low and high iron levels can lead to diseases,” added study co-author Professor Surjit Kaila Srai, from the Division of Biosciences at UCL.

‘The effect of iron status on risk of coronary artery disease: a Mendelian randomization study’ by Gill, D. et al, is published in Arteriosclerosis, Thrombosis, and Vascular Biology.