New research overturns the idea that keeping cool controls leaf size with latitude, instead finding that resisting frost damage is the main driver.

From the large leaves of the tropical rainforests to the needles of trees in the far north, global leaf size varies a lot with location.

The most surprising result was that over much of the world the maximum size of leaves is set not by the risk of overheating, but rather by the risk of damaging frost at night.

Until now, leaf size was thought to be determined by a balance between trying not to overheat and the amount of available water. Leaves keep cool by the evaporation of water from their surface, but if there isn’t enough water they heat up – and large leaves heat up more than small leaves.

This is why most plants in hot deserts have small leaves, whereas in a tropical rainforest the leaves can afford to be large.

However, this principle cannot explain why large leaves are not found in relatively cold and wet climates. In climates where there is plenty of water, leaf sizes get smaller with distance from the equator. This has been known for more than a century – but never previously explained.

Keeping out the cold

New research by an international team of scientists finds that preventing extreme cold at night, during periods when leaves are active, is the deciding factor. The research, led by Macquarie University and including researchers from Imperial College London, was published in Science.

At night, leaves are cooler than air because they lose heat to the sky. In cooler regions, exposed to lower night-time temperatures, leaves tend to be small because large leaves would become so cold that they would suffer from frost damage. 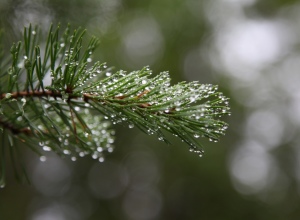 Professor Colin Prentice, from the Department of Life Sciences at Imperial, who coordinated the mathematical modelling effort, said: “The most surprising result was that over much of the world the maximum size of leaves is set not by the risk of overheating, but rather by the risk of damaging frost at night.

“Larger leaves have thicker, insulating ‘boundary layers’ of still air that slows their ability to draw heat from their surroundings – heat that is needed to compensate for energy lost to the night-time sky.”

The team analysed thousands of leaves from over 7,600 species worldwide, and used their dataset to test theories about whether daytime heating or night-time freezing better explained the observed pattern. 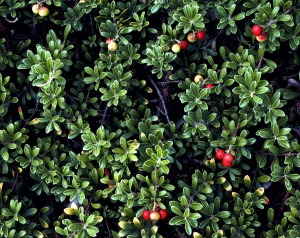 Lead author Professor Ian Wright from Macquarie University said: “The conventional explanation was that water availability and overheating were the two major limits to leaf size. But the data didn’t fit. For example the tropics are both wet and hot, and leaves in cooler parts of the world are unlikely to overheat.”

“By sampling across all continents, climate zones and plant types we were able to show that simple ‘rules’ seemingly operate across the world’s plant species, rules that were not apparent from previous, more limited analyses.”

The researchers will use these findings to create more accurate vegetation models, where temperature and water use during photosynthesis play key roles. This will be used by governments to predict how vegetation will change locally and globally under climate change, and to plan for adaptation.

How birds fly determines the shape of their eggs Extra carbon dioxide good for plants but bad for our water supply Logging means ants, worms and other invertebrates lose rainforest dominance