Scientists have identified a protein involved in the life cycle of the malarial parasite, paving the way for a new vaccine to reduce disease spread.

Malaria, a disease caused by the transfer of the Plasmodium parasite from certain mosquitos to humans, is responsible for 429,000 deaths every year according to the World Health Organisation. The life cycle of this parasite takes place both inside humans and mosquitos, allowing it to spread rapidly between the two species. 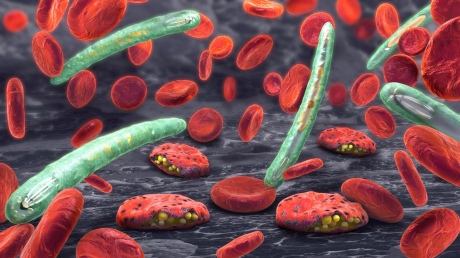 Many in the scientific community believe that the key to eliminating the disease is to stop humans infected with the parasite from passing it on to potentially dozens of mosquitos, each of which would then go on to infect more people.

Following a two-year study, researchers at Imperial have unlocked an innovative way to break this vicious circle by inhibiting the parasites’ life cycle at the point of fertilisation.

On the surface of the reproductive cells of male malarial parasites is a protein called HAP2. An Imperial-led research team, in collaboration with researchers from the University of Maryland, have discovered that by blocking a small, easily targetable part of the HAP2 protein, fertilisation between the male and female parasites is disrupted. This results in malarial parasites being unable to reproduce efficiently, acting as a form of parasitic contraception.

Dr Fiona Angrisano, lead author of the study from Imperial’s Department of Life Sciences, said: “We’re really encouraged by the initial findings of this study. The fact that we were able to reduce the number of fertilisation events by blocking just a small part of HAP2 is promising, as this could be a cheap and easy target in the search for vaccines that will lower the transmission rates of malaria.”

In normal fertilisation, the male and female reproductive cells of the parasites would combine in the stomach of their mosquito host, grow, and then travel to the salivary glands of the mosquito ready to transmit the malaria causing parasite when the mosquito next bites a human. Disrupting the process of fertilisation prevents the parasites from travelling to the salivary glands of the mosquito, thereby reducing the transmission of the disease-causing parasite to humans. 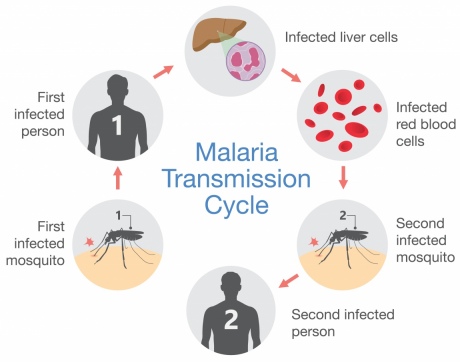 In initial in vitro studies, the team created an antibody that blocks HAP2 and added it to blood infected with malaria. They then observed the number of successful fertilisation events among the parasites which revealed a significant 89.97% reduction when compared with a control experiment where no antibody was administered.

To test if the same effect was observed in animals, the team created and administered a vaccine to mice infected with the malarial parasite, with the aim being to induce mice to produce their own antibody capable of blocking HAP2. They found that administration of the experimental vaccine reduced malarial transmission by 58.9%, compared with non-vaccinated mice as, when the mosquitos fed on the vaccinated mice, they also picked up antibody capable of blocking HAP2. 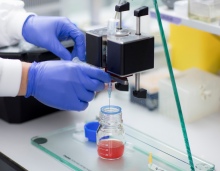 Finally, the study examined how the HAP2-blocking approach affected the transmission of parasites between human blood and mosquitos, using blood samples of patient with malaria, taken from the field in Burkino Faso, West Africa. The patient blood was combined with antibodies that block HAP2 which resulted in a 75.5% reduction in transmission of the parasite from human blood to mosquito.

Study senior-author Dr Andrew Blagborough, also from the Department of Life Sciences, said: “Interestingly, the protein being blocked here has structural similarity to other proteins found not only in parasites, but also clinically important viruses such as the Zika and Dengue viruses, giving us great potential to translate this science beyond the impact of this study.”

Dr Blagborough added: “We now wish to delve into the mechanism of fertilisation in the Plasmodium parasite further, with the hope that this understanding will hold potential to develop new and effective vaccines that reduce malarial transmission in the future.”