Earth and Planets at the Great Exhibition Road Festival Earth Science and Engineering exhibited at 5 stands and delivered 10 talks across the Festival.

Researchers and students from the Department of Earth Science and Engineering delivered five stands and ten talks across the two-day Great Exhibition Road Festival.

Visitors of all ages from London and further afield were entertained and educated by ESE researchers.

The Blast from the Past exhibit got people thinking about impacts, earthquakes and climate, including the research vessels people have been on to undertake these studies. PhD student Victoria Milanez Fernandes demonstrated the rescue suits, while young visitors made origami boats and sailed them across a giant map.

Further up Exhibition Road, in the Space Zone, visitors had a go mining the moon using remote controlled diggers, and did simple mineral separation using static and magnets. Next door, the Envision mission to Venus attracted people with a giant inflatable Venus, and got people thinking about how the Earth and Venus came to be so different - a question that will be the focus on the planned 2032 mission to Venus.

In the Greener Futures Zone, collaborations between ESE and the Energy Futures Lab , and with Carbon Capture and Storage Research asked visitors to think about our energy resources: How can fuel cells power the cities of our future? How can we store Gigatonnes of CO2 underground? 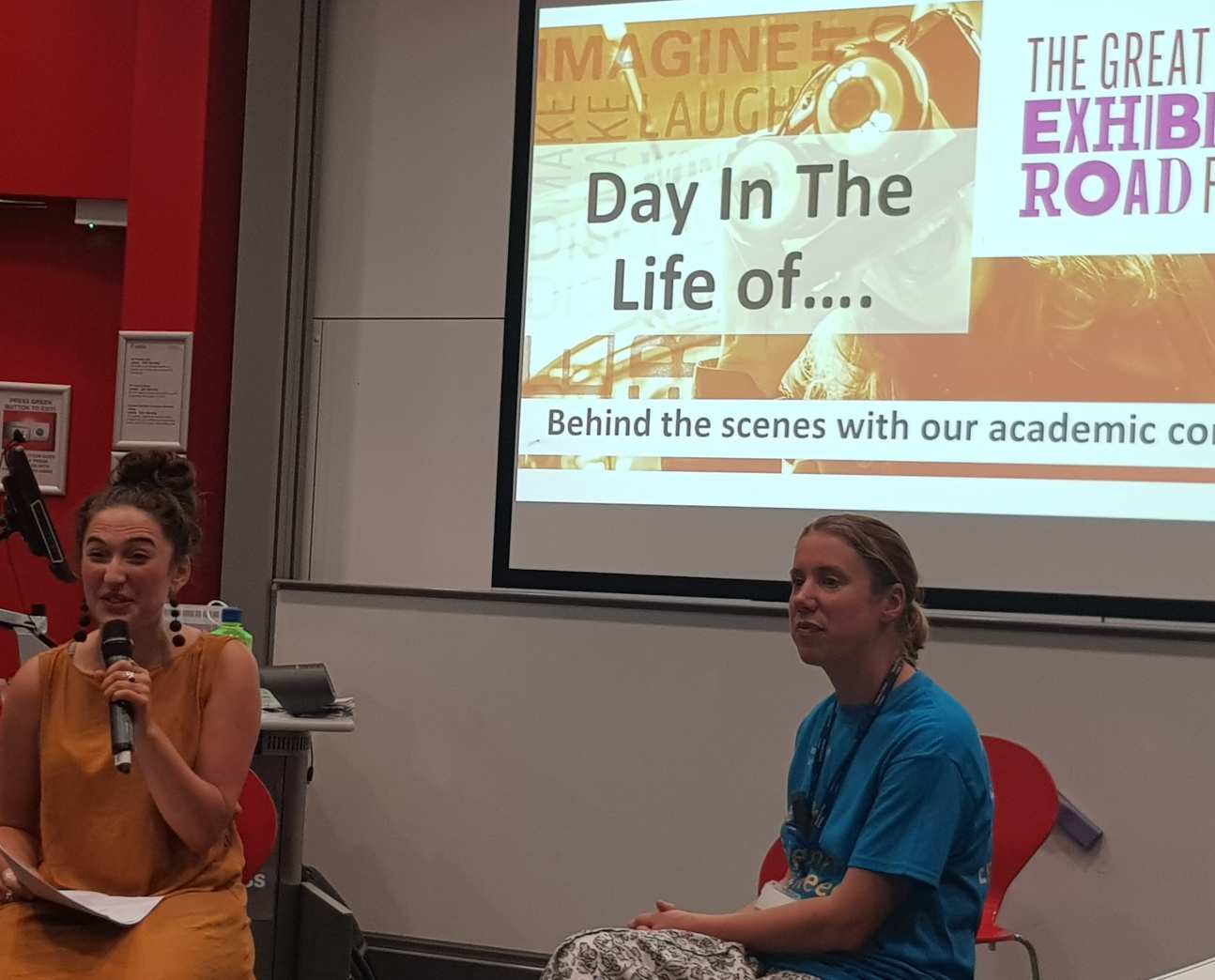 Beyond the interactive exhibits involving over 30 ESE researchers, several members of our department gave keynote talks on topics from Mars to Mental Health, shared a stage with musicians of the Royal College of Music, and talked about their careers in the "Day in the Life"… series. Two visitors to Dr Kathryn Hadler's Q&A style session on space mining were visiting the College for the first time, and excited to turn their minds to the practical questions of mining on the moon.

To catch up on the buzz of the Festival, see our Tweets and Instagram posts, or check out #ExRdFest.

With many thanks to all the Earth Science & Engineering researchers and students, and collaborating colleagues who delivered such an extraordinary weekend.