Imperial invites local residents to get hands-on with robots Imperial’s White City campus hosted an afternoon of robot-related activities for local children and their families.

Around 80 local people attended the event, as part of the community programme at The Invention Rooms at Imperial College London’s White City campus.

The aim of the event was to engage local young people and their families with hands-on science. As part of the activities, children and their families could make a ‘scribblebot’, a small robot which is powered by a small motor and has pens as legs to draw across paper.

Older children had the opportunity to use a Lego WeDo kit, an educational resource developed as an introduction to control technology and programming using robotics, to build a Lego drawing robot. This allowed them to learn basic coding skills, as well as about design and technology.

Oliver Stark, a graduate from the Department of Bioengineering, also showcased his robotic hand that mimics human anatomy to allow for more natural motions. 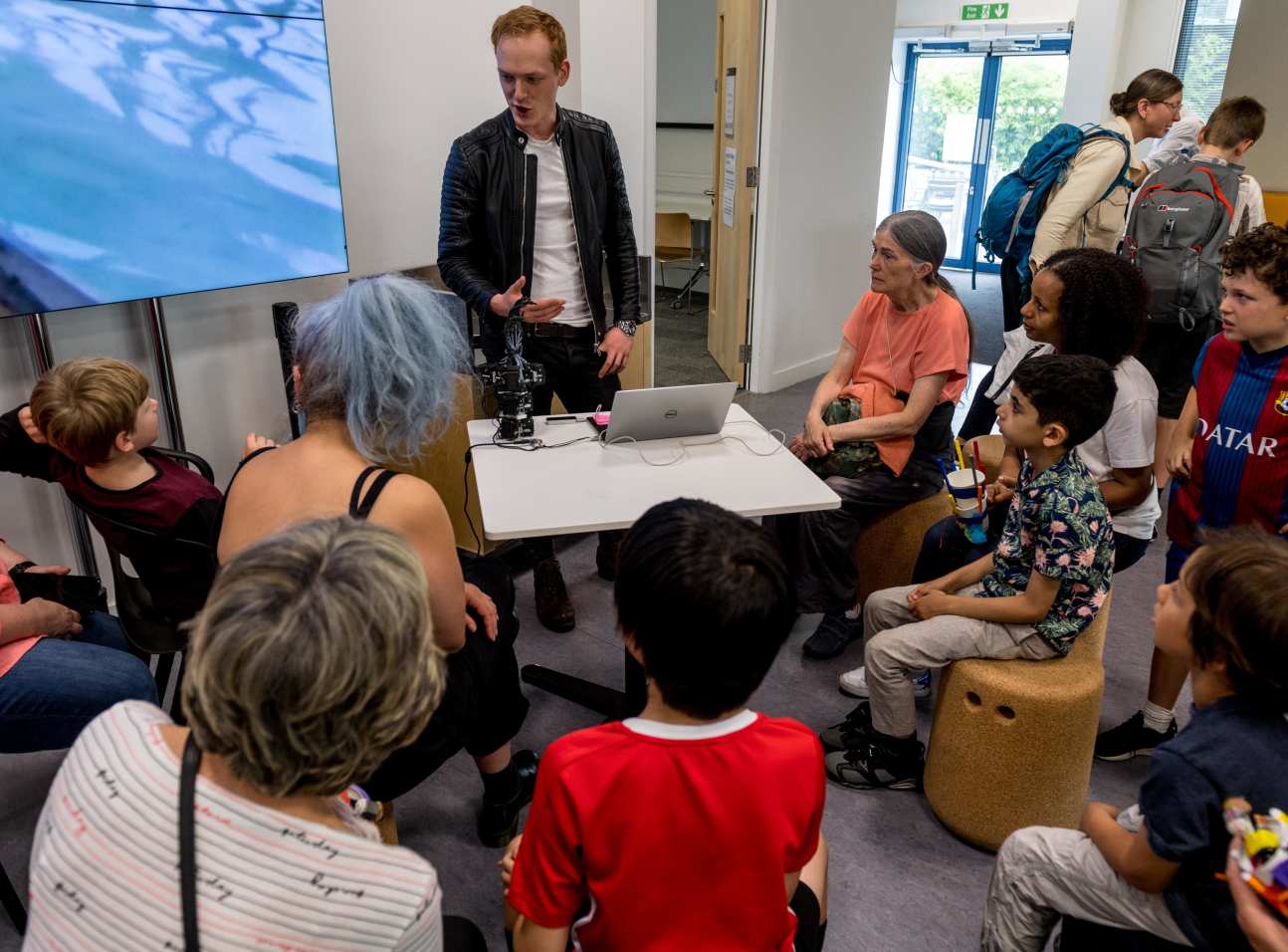 He says that simplifying the design of robotic hands – such as those used in bionic limbs - means that they fail to capture the true dexterity of the human hand. By copying the structure of a human hand, he is creating a robotic hand that can perform the same movements and actions that a person could.

Vinetta from West London came to the event with her son, whose favourite part was getting to build the Lego robot. She said: “My son likes robots and Lego, so I thought this event would be something he would enjoy, and it’s free!”

Local resident Joannah and her son Josh heard about the event through a community newsletter and enjoyed having the opportunity to make robots. Joannah said: “I wish the event was on for more than one day so I could have brought my other children, they would have loved it!”

London pupil Sunny who came to the event with her parents said her favourite part of the afternoon was trying on a virtual reality headset – “I got to see what it’s like in space!”

The team hope the event will promote the College’s programme of community events, activities and projects happening in the local area and in The Invention Rooms such as community campus tours, coding clubs, the Maker Challenge and tech drop-ins for the elderly.

The Invention Rooms, which first opened its doors in November 2017, is a unique space which brings the local community together with Imperial’s innovative staff and students to share in the wonder of science and making.

If you’d like to find out more about the College’s work with local communities in White City or get involved, please contact the White City Community Team.