An expert panel discussed the upcoming EU AI regulation and how we can responsibly regulate emerging technologies like facial recognition.

The Forum at Imperial brought together a panel of international experts to debate the proposed regulations in the European Union on AI, and the challenges policymakers face when looking to regulate emerging technologies.

In front of an audience of the research community, policymakers, students, industry and the general public, Melissa Heikkilä opened the event by outlining the EU’s recently proposed rules and actions on AI, which aim to make the bloc “the global hub for trustworthy AI”.

Being the first type of regulation of its kind, you’re bound to get it wrong in some respects at least. But it allows us to discuss the positives and negatives and how we can improve it. Nathalie Smuha KU Leuven

The first-ever legal framework on AI will take a risk-based approach, banning uses that pose a fundamental threat to the livelihoods and rights of citizens and creating strict obligations for high risk applications of AI. For example, the proposal bans live remote biometric surveillance in public places.

Nathalie Smuha, Assistant Lecturer in Law and Ethics of AI and Technology at KU Leuven, who previously worked with the EU commission on ethical and legal matters relating to AI, was keen to point out that it is vital to have a basis from which to work, which the proposed legislation provides.

"Being the first type of regulation of its kind, you’re bound to get it wrong in some respects at least. But the best thing about it is that it is there, and it allows us to discuss the positives and negatives and how we can improve it. It allows us to really get started."

Karen Melchior, an MEP who sits on the European Parliament's Committee on Legal Affairs, spoke about the need for societal acceptability for emerging technologies.

"It depends a lot on societies and how they develop. I lived in the UK at a time when CCTV cameras were societally unacceptable in Denmark, but we all had national ID cards, and in the UK, CCTV was very accepted, but ID cards were not.”

Professor Sampson, who is the UK's Biometrics and Surveillance Camera Commissioner, an independent advisory role to the UK government's Home Office, described what he called a "triptych of perspectives".

"What is technically possible, legally permissible and societally acceptable? There has been a great deal of discussion around the first two, but the third is shaping the future,” said Professor Sampson, who has over 40 years' experience in the criminal justice sector.

Professor Sampson went on to argue that policymakers should be careful with outright bans of technology, which could undermine the process of governing, and may put police and law enforcement at a disadvantage.

“I think we should ask ourselves why policing and law enforcement is singled out as being different in a way that will put technological solutions beyond their reach, when in fact they will be dealing with some of the things that people find the most perilous, frightening and disturbing.”

Guidance for policymakers from technical experts

Dr Yves-Alexandre, Associate Professor of Applied Mathematics and Computer Science at Imperial and Special Adviser on AI and Data Protection to Commissioner Reynders, noted that having a legislation that is both specific and future proof is challenging, but the proposed legislation is finding the right balance by looking at specific applications and the risks that emanate from them, not the technology per se.

The big question is where and how to find the expertise so that the right guidance is given and it stays up to date. Dr Yves-Alexandre de Montjoye Imperial College London

He noted the challenges associated with the availability of expertise: "With GDPR, it is a slightly less technical area and it's already quite hard to find the right technical expertise to be able to inform and provide guidance.

"With the AI regulation, the big question is where and how the regulator can find the expertise so that the right guidance is given and it stays up to date - that will be tricky because it's not an expertise that is broadly available."

Dr de Montjoye went on to point to the importance of technical expertise when drafting the legislation and setting guidance. "There is quite a lot of pressure on agencies to provide actionable and understandable guidance, and this is one place where technical expertise can really help in finding the right balance."

Nathalie Smuha added that citizen participation is also key for regulating emerging technologies such as facial recognition. "You need to have those people who are affected by these technologies as part of the debate - you need to hear their voices too." 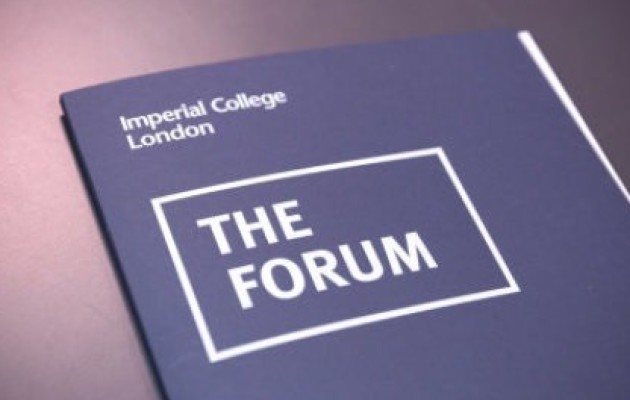 The Forum is Imperial College London’s policy engagement programme, connecting Imperial researchers with policymakers to discover new thinking on global challenges. Please get in touch if you would like more information via the.forum@imperial.ac.uk or follow us on Twitter, @imperial_forum.