Alcohol most harmful drug based on multicriteria analysis

A new system that ranks drugs on the basis of harm caused to both the user and others places alcohol as the most harmful drug, above heroin and crack.

Adapted from a media release issued by The Lancet.

A new system that ranks drugs on the basis of harm caused to both the user and others places alcohol as the most harmful drug, above heroin and crack. The scale, developed by drug experts led by Professor David Nutt of Imperial College London, is published online today in The Lancet.

Drugs including alcohol and tobacco products are a major cause of harms to individuals and society. To provide better guidance to policy makers in health, policing, and social care, the harms that drugs cause need to be properly assessed. This task is not easy because of the wide range of ways in which drugs can cause harm, the researchers say.

When Professor Nutt and colleagues attempted this assessment previously in 2007, they engaged experts to score each drug according to nine criteria of harm, ranging from the intrinsic harms of the drugs to social and healthcare costs. This analysis provoked major interest and public debate, although it raised concerns about the choice of the nine criteria and the absence of any differential weighting of them.

To rectify these drawbacks, the authors undertook a review of drug harms with the multicriteria decision analysis (MCDA) approach. MCDA technology has been used successfully to lend support to decision makers facing complex issues characterised by many, conflicting objectives, such as policies for disposal of nuclear waste.

The new analysis uses nine criteria that relate to the harms that a drug produces in the individual and seven to the harms to others both in the UK and overseas. These harms are clustered into five subgroups representing physical, psychological, and social harms.

Drugs were scored with points out of 100, with 100 assigned to the most harmful drug on a specific criterion. Zero indicated no harm. Explaining their model, the authors say: "In scaling of the drugs, care is needed to ensure that each successive point on the scale represents equal increments of harm. Thus, if a drug is scored at 50, then it should be half as harmful as the drug that scored 100." A zero means no harm is caused.

The criteria are weighted according to a judgement of their relative importance. "The issue of the weightings is crucial since they affect the overall scores,” the authors say. “The weighting process is necessarily based on judgement, so it is best done by a group of experts working to consensus."

Thus the new ISCD MCDA modelling showed that as well as being the most harmful drug overall, alcohol is almost three times as harmful as cocaine or tobacco. It also showed that alcohol is more than five times more harmful than mephedrone, which was recently a so-called legal high in the UK before it was made a class B controlled drug in April 2010. Ecstasy, which has had much harm-related media attention over the past two decades, is only one eighth as harmful as alcohol in this new analysis.

The authors say that their work correlates with both the previous analysis by Nutt and colleagues and that of other such as the Dutch addiction medicine expert group. However, there is almost no relation between the results and the current UK drug classification system based on the UK Misuse of Drugs Act (1971). 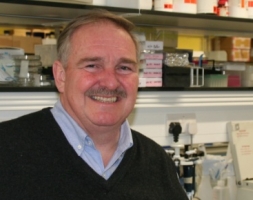 Professor Nutt, from the Department of Medicine at Imperial College London, says: "What a new classification system might look like would depend on what set of harms - to self or others - you are trying to reduce. But if you take overall harm, then alcohol, heroin and crack are clearly more harmful than all others so perhaps drugs with a score of 40 or more could be class A; 39 to 20 class B; 19-10 class C and 10 or under class D."

The authors say the MCDA process provides a powerful means to deal with complex issues that drug misuse represents.

They conclude: "Our findings lend support to previous work in the UK and the Netherlands, confirming that the present drug classification systems have little relation to the evidence of harm. They also accord with the conclusions of previous expert reports that aggressively targeting alcohol harms is a valid and necessary public health strategy."