Quantum computers a step closer to reality thanks to new finding

Quantum computers may be much easier to build than previously thought, suggests a new study in Physical Review Letters<em> - News release</em>

Quantum computers should be much easier to build than previously thought, because they can still work with a large number of faulty or even missing components, according to a study published today in Physical Review Letters. This surprising discovery brings scientists one step closer to designing and building real-life quantum computing systems – devices that could have enormous potential across a wide range of fields, from drug design, electronics, and even code-breaking.

Scientists have long been fascinated with building computers that work at a quantum level – so small that the parts are made of just single atoms or electrons. Instead of ‘bits’, the building blocks normally used to store electronic information, quantum systems use quantum bits or ‘qubits’, made up of an arrangement of entangled atoms.

Materials behave very differently at this tiny scale compared to what we are used to in our everyday lives – quantum particles; for example, can exist in two places at the same time. "Quantum computers can exploit this weirdness to perform powerful calculations, and in theory, they could be designed to break public key encryption or simulate complex systems much faster than conventional computers," said Dr Sean Barrett, the lead author of the study, who is a Royal Society University Research Fellow in the Department of Physics at Imperial College London.

The machines have been notoriously hard to build, however, and were thought to be very fragile to errors. In spite of considerable buzz in the field in the last 20 years, useful quantum computers remain elusive.

Barrett and his colleague Dr. Thomas Stace, from the University of Queensland in Brisbane, Australia, have now found a way to correct for a particular sort of error, in which the qubits are lost from the computer altogether. They used a system of ‘error-correcting’ code, which involved looking at the context provided by the remaining qubits to decipher the missing information correctly.

“Just as you can often tell what a word says when there are a few missing letters, or you can get the gist of a conversation on a badly-connected phone line, we used this idea in our design for a quantum computer,” said Dr Barrett. They discovered that the computers have a much higher threshold for error than previously thought – up to a quarter of the qubits can be lost – but the computer can still be made to work. “It’s surprising, because you wouldn’t expect that if you lost a quarter of the beads from an abacus that it would still be useful,” he added. 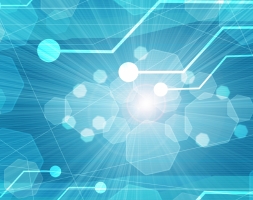 Quantum computers could be easier to make than previously thought, according to the study

The findings indicate that quantum computers may be much easier to build than previously thought, but as the results are still based on theoretical calculations, the next step is to actually demonstrate these ideas in the lab. Scientists will need to devise a way for scaling the computers to a sufficiently large number of qubits to be viable, says Barrett. At the moment the biggest quantum computers scientists have built are limited to just two or three qubits.

“We are still some way off from knowing what the true potential of a quantum computer might be, says Barrett. “At the moment quantum computers are good at particular tasks, but we have no idea what these systems could be used for in the future,” he said. “They may not necessarily be better for everything, but we just don’t know. They may be better for very specific things that we find impossible now.”

1. All are welcome to attend the lecture by Professor Alain Aspect of CNRS at Imperial College London from 17.30 – 18.30 on Thursday 11 November, “From Einstein’s intuition to quantum bits: a new quantum age?”

The lecture will be held in the Great Hall in the Sherfield Building on Imperial College London’s South Kensington campus. Please email events@imperial.ac.uk for further information or to register to attend.

4. Images are available for the media at:
https://fileexchange.imperial.ac.uk/files/b9627f7a0e/1aUnitCell.pdf
https://fileexchange.imperial.ac.uk/files/32e304289f6/1bIdentitySurface.pdf
Credit: Sean Barrett and Thomas Stace.
Caption: Illustration of the error correcting code used to demonstrate robustness to loss errors. Each dot represents a single qubit. The qubits are arranged on a lattice in such a way that the encoded information is robust to losing up to 25 percent of the qubits

5. About The Royal Society
The Royal Society is an independent academy promoting the natural and applied sciences. Founded in 1660, the Society has three roles, as the UK academy of science, as a learned Society, and as a funding agency. It responds to individual demand with selection by merit, not by field. As we celebra te our 350th anniver sary in 2010, we are working to achieve five strategic priorities, to:
-Invest in future scientific leaders and in innovation
-Influence policymaking with the best scientific advice
-Invigorate science and mathematics education
-In crease ac cess to the best science internationally
-Inspire an interest in the joy, wonder and excitement of scientific discovery

6. About Imperial College London
Consistently rated amongst the world's best universities, Imperial College London is a science-based institution with a reputation for excellence in teaching and research that attracts 14,000 students and 6,000 staff of the highest international quality. Innovative research at the College explores the interface between science, medicine, engineering and business, delivering practical solutions that improve quality of life and the environment - underpinned by a dynamic enterprise culture. Since its foundation in 1907, Imperial's contributions to society have included the discovery of penicillin, the development of holography and the foundations of fibre optics. This commitment to the application of research for the benefit of all continues today, with current focuses including interdisciplinary collaborations to improve global health, tackle climate change, develop sustainable sources of energy and address security challenges. In 2007, Imperial College London and Imperial College Healthcare NHS Trust formed the UK's first Academic Health Science Centre. This unique partnership aims to improve the quality of life of patients and populations by taking new discoveries and translating them into new therapies as quickly as possible.
Website: www.imperial.ac.uk