Researchers have identified a new protein involved in the development of drug resistance in breast cancer which could be a target for new treatments, they report today in the journal Nature Medicine.

In a mouse model of breast cancer, blocking production of the protein using genetic techniques caused tumours to shrink. The scientists are now looking for new drugs which could achieve a similar effect.

Breast cancer is the most common cancer in the UK, affecting about 46,000 women each year. More than two thirds of breast tumours contain oestrogen receptors, meaning that they require the hormone oestrogen to grow and they can be treated with anti- oestrogen drugs such as tamoxifen. However, many patients develop resistance to these treatments so that the drugs eventually cease to be effective.

In today’s study, researchers from Imperial College London found that blocking a protein called LMTK3 in human cancer cells that were resistant to tamoxifen made the cells more responsive to the drug. In a mouse model of the disease, using genetic techniques to block the production of LMTK3 led to a significant decrease in the size of breast tumours.

The researchers also measured levels of LMTK3 in tissue samples taken from women with breast cancer. They found that women who had higher levels of LMTK3 in their tumours tended to live less long and were less likely to respond to hormone therapy. In addition, they found that particular mutations in the gene coding for LMTK3 also correlated with how long a patient would survive.

“Anti-oestrogen drugs have been very successful at allowing women with breast cancer to live longer, but resistance to these drugs is a common problem,” said Professor Justin Stebbing, from the Department of Surgery and Cancer at Imperial College London, the study’s senior author. “Our results suggest that the action of LMTK3 on the oestrogen receptor has a crucial role in the development of drug resistance. 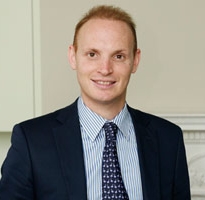 “We’re now looking for drugs that can block the effect of LMTK3, which we could hopefully give to patients to prevent them from becoming resistant to hormone therapy. It will probably take at least five to ten years to develop new treatments that are safe to be used in humans.”

Evidence from the laboratory suggests that resistance to hormone therapy might occur when the oestrogen receptor is modified by enzymes called kinases. The team identified LMTK3 as a potential treatment target by screening for kinases that affect how cancer cells respond to oestrogen.

The researchers also compared DNA sequences in the gene coding for LMTK3 in humans and chimpanzees, because chimpanzees are not susceptible to oestrogen receptor positive breast cancer. They found that substantial differences have evolved in these sequences between the two species.

“It’s quite intriguing that humans and chimps have evolved these differences in the LMTK3 gene, since related genes are very similar between the two species,” said Dr Georgios Giamas, who designed and led the study, from the Department of Surgery and Cancer at Imperial College London.

“We could speculate that evolutionary changes in this gene might have given humans some unknown advantage, but also have made us more susceptible to breast cancer.”

The research was funded by donations from private individuals and a grant from the US National Institutes of Health. Two of the authors are supported the Imperial College London Experimental Cancer Medicine Centre (ECMC), funded by Cancer Research UK and the Department of Health.

Since its foundation in 1907, Imperial's contributions to society have included the discovery of penicillin, the development of holography and the foundations of fibre optics. This commitment to the application of rese arch fo r the benefit of all continues today, with current focuses including interdisciplinary collaborations to improve global health, tackle climate change, develop sustainable sources of energy and addres s security challenges.