Caroline Alexander is the Lead Clinical Academic for Therapies at Imperial College Healthcare NHS Trust and Adjunct Reader. She has a Motor Control Laboratory situated in the Physiotherapy Department of Imperial College Healthcare NHS Trust. She is also a member of the Human Performance group in the Department of Surgery and Cancer led by Alison McGregor (Professor of Musculoskeletal Biodynamics, Surgery & Cancer).

She has held a position as a clinical specialist and researcher within the Physiotherapy Department of Imperial College Healthcare NHS Trust since 2003.  Her research interests include investigation of the cortical and reflex control of movement using transcranial magnetic stimulation and electrical stimulation of peripheral nerves. She is particularly interested in the control of movement in healthy people and in people with musculoskeletal problems such as Joint Hypermobility Syndrome and shoulder instability.

Margaret Coffey is a Speech and Language Therapist with extensive experience in the evaluation and treatment of dysphagia arising from multiple aetiologies.  She is especially interested in the rehabilitation of communication and swallowing after Laryngectomy and other Head and Neck cancers, the use of Fiberoptic Endoscopic Evaluation of Swallowing (FEES) in multidisciplinary clinical practice and evidence based management of dysphagia.  Margaret has developed her clinical skills working in recognised centres of excellence in both the UK and the USA.   Margaret  completed a NIHR Clinical Doctoral Fellowship in 2013 and a post doctoral fellowship  in 2017.  She has published in leading peer reviewed journals on the field.

Dr Donna Kennedy
Donna Kennedy is an NIHR Imperial BRC Postdoctoral Research Fellow in the Pain Research Group, Department of Surgery & Cancer, Imperial College London (ICL) and Clinical Specialist in Hand Therapy at Imperial College Healthcare NHS Trust (ICHT). Donna has extensive clinical experience with expertise in hand trauma and acquired, rheumatologic and surgical conditions of the hand and upper limb. Donna has a BSc in Occupational Therapy from Tufts University and an MSc in Health Sciences from the University of East Anglia. In 2018 she completed an NIHR funded Clinical Doctoral Research Fellowship, receiving a PhD in Pain Research from ICL. Her Doctoral work investigates the association of neuropathic pain phenotype with the outcome of carpal tunnel surgery. 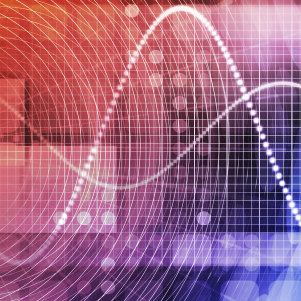