What is known about the new strain of influenza emerging in China, and how concerned should we be?

One hundred and twenty-six people are known to have been infected since the virus emerged a month ago. So far, 24 have died and 20 have recovered, the remainder still being unwell.

Where has the virus come from? 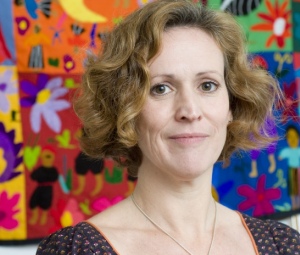 WB: “It looks as though this virus is a genetic mixture of different viruses. Influenza does this all the time: it shuffles genes around between viruses that are harboured in different birds. There may have been four different mixing events that gave rise to this new virus. Perhaps there was mixing on migratory routes. Domestic ducks and wild ducks mixing together might be a route for viruses coming from the wild.

“At the moment it looks as though most of the human cases have acquired the virus from chickens. About 60 per cent have been traced to poultry contact, particularly exposure to chickens in wet markets where chickens are purchased. So it’s a zoonotic virus at the moment: it’s passing from chickens to humans. There is no human to human transmission as far as we can see.”

How does the H7N9 virus compare with H5N1?

WB: “H5N1 is a virus that kills chickens and H7N9 does not. In humans, it’s very early at the moment to understand why people who get this virus are getting so very sick. There is some evidence of what we call the cytokine storm – an overreaction of the immune system sometimes seen when a patient is overwhelmed by an influenza virus that is replicating in an unchecked way.”

Who is the virus infecting? 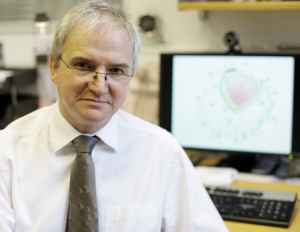 PO: “What’s very interesting is that this virus is transmitting to a very small proportion of those exposed. Very large numbers of people come into contact with live birds in markets and yet only a small subset get severe disease. I think we need to know why that is.

“I think it’s also interesting that the spectrum of people who are becoming severely infected is rather different from, say, H1N1. It’s mostly older people, predominantly males. Is that because those are the people who are shopping in poultry markets or are there maybe additional factors, maybe genetic, that make these individuals particularly susceptible?”

How worried should we be?

PO: “From the point of view of doctors looking after these cases, it is a very worrying situation. These people are presenting with overwhelming disease not responsive to the usual management, often progressing into multi-system failure relatively rapidly and with really very high mortality compared with other outbreaks.

“If this were to become more widespread it would be an extraordinarily devastating outbreak. Fortunately, at the moment it is limited to those in some regions and also a relatively small number of those exposed. But on the other hand it’s very unusual to see more than 100 new cases in a very short time period, so it’s definitely something we need to be concerned about.”

Can it be treated with current antiviral drugs?

PO: “Once patients have presented with symptoms, then the antiviral drugs are going to have limited effects. The train has left the station and it’s going down the track. Although antivirals are still valuable at that stage, it’s not going to stop the disease. So it is a worrying situation.

“We also need more antivirals in the pipeline that act in different ways and can be used if resistance emerges to oseltamivir (Tamiflu), which we know is possible. We need more research, more drugs coming through and we need to use them early when we can.”

What can we do to limit the spread? 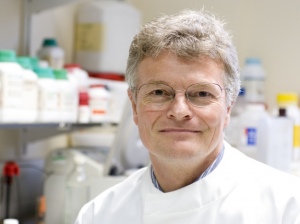 MS: “It’s quite clear that this virus is going to pose significant challenges to the veterinary professions worldwide, because it doesn’t appear to be pathogenic in chickens, so you don’t get an immediate warning that you have an infection.

“It’s also going to emphasise the importance of the primary means of control that veterinary sectors in most countries will take if this virus were to get into their country. They need to be able to pick that up very early and they would generally go for a stamping out, eradicating the virus by killing flocks. They won’t really want to have to go down the route of vaccination. They wouldn’t do that unless the virus escaped out into wild birds in that country or extensively through the flock.”

Are vaccines being made in preparation for a pandemic?

MS: “The decision about whether to go into full scale production of vaccines for this virus instead of seasonal flu is a difficult one, but it’s not time for that at the moment. In virology and molecular biology labs around the world they’ve been making the initial steps to derive seed stock vaccines, which means that if the picture becomes more serious, they don’t have to start from step one. They’ve already taken the initial steps that aren’t a huge commitment of resources and don’t compromise the production of seasonal flu vaccines.”

How has our ability to detect new viruses changed?

PO: “We’re moving in unprecedented times historically. We have methods now for detecting these viruses that we haven’t had before. I remember in 1982 looking after a young man who came into the hospital where I was a registrar with overwhelming flu-like illness. He died within about two days and there was no hope of detecting the virus or trying to work out what killed him. That made a deep impression on me as a young doctor. Now there are all sorts of things you can do to try and detect the virus. The global community has to get used to having techniques that weren’t available even a couple of years ago – we’re now much better able to detect and characterise these cases.

Last year there was a moratorium prohibiting research on mutations that would allow H5N1 to transmit between humans. What does the new outbreak mean for that research?

WB: “The natural evolution of this H7N9 virus, which is clearly posing a threat to human health, in some ways justifies that line of scientific research being done very thoroughly and very carefully in a very controlled way.  It underscores the fact that we still don’t understand what it takes for a virus like this to go that final step and become transmissible. We also don’t understand, if it does that, will that attenuate its virulence, and how might that affect how we plan for such events. All of that can only be answered at the moment using experimental animal models in high containment labs, and by performing those experiments that caused a lot of controversy. The moratorium is now lifted and that type of work since January can go on in various labs under regulation from governments.”

Are there signs that the new virus has taken steps towards being able to transmit between humans?

WB: “Two of the mutations described in that work are present in the current H7 virus and that is one reason why people are taking this so seriously.

“One is in the H7 itself, the haemagglutinin protein, and it helps the virus bind better to the types of receptors in the human respiratory tract than it would do if it were a solely avian virus. That’s been known for a long time to be an important transition that the virus needs to undergo in order to be able to infect people and in order to transmit between people.

“The other mutations which are present are in the polymerase – that’s to do with how the virus replicates inside the cell. It’s been known for a long time that avian influenza viruses don’t really do that very well inside human cells, but by acquiring these mutations they can get an awful lot better. That new mutation appears to be acquired once the virus crosses into people, whereas the mutation that’s in the haemagglutinin is already there in the virus which is in the chickens. So even in chickens the virus has somehow acquired an extra ability to make this original crossing, and then once it’s in people it acquires another mutation which helps it on its way to becoming a human virus.

“The recent transmissibility studies found that H5N1 requires five mutations to pass from human to human. It would look as if these two mutations alone aren’t sufficient. Some of the other three are required but whether those three are the same for H7 as they are for H5, we don’t know. So it’s important to understand why those mutations are required and what they actually do to help transmission.”