Fellowship of the Royal Society has been granted to four scientists at Imperial College London this month.

The researchers - who work on HIV, solar cells, nuclear fusion, and an enzyme that “changed the planet” - have been elected to join the ranks of the UK's most eminent scientists as part of the 2014 election of 50 new fellows.

Professors Steven Cowley, Amanda Fisher, Jenny Nelson and Bill Rutherford are recognised for their contributions to science and are now permitted to use the letters FRS after their name.

At the time of the 2014 Fellowship announcement 72 members of Imperial staff or people who have an ongoing association with Imperial are Fellows of the Royal Society. 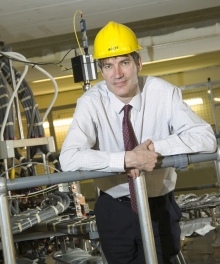 Steven Cowley is Professor in Plasma Physics in the Department of Physics. He has made outstanding contributions to nuclear fusion research, which aims to copy the fusion of atoms that takes place in the core of the Sun for a new source of energy in the power stations of the future.

In addition to his role at Imperial, he is also Head of Culham Centre for Fusion Energy (CCFE) and CEO of the UK Atomic Energy Authority. He is also one of the Prime Minister's scientific advisers as a member of the Council for Science and Technology.

Professor Cowley said: “I am honoured, delighted and frankly overawed to be elected as a Fellow of the Royal Society."

Amanda Fisher, from the MRC Clinical Sciences Centre at Imperial, is Professor in Cell Biology and Head of the Institute of Clinical Sciences. She is distinguished for her pioneering work on understanding the molecular biology of the AIDS virus; the development of cells in the immune system known as T lymphocytes; embryonic stem cells; and epigenetic gene regulation. 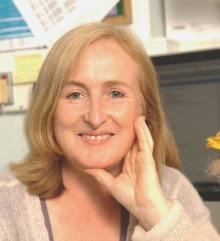 Her work has showed that where a gene is situated in a cell’s nucleus is important for whether or not it is expressed – it had not previously been understood that genes are organised into specific spaces in the nucleus.

More recently, her work looking at embryonic stem cells has revealed a specific signature that can identify genes that have not yet been expressed but that will be important for an embryo’s future development.

Professor Fisher said: “I am incredibly grateful to the Medical Research Council, who have supported me for twenty years to do the kind of work that I’ve wanted to do. They hired me as a PhD student fresh out of my degree and took a big risk. I think it’s rare that people are allowed to pursue their interests and the MRC have been hugely supportive. I think they deserve a great deal of thanks.

“I’m also really pleased to see the recognition for female scientists this year - two of Imperial’s three new Fellows are women. I hope we’ll see women making up half of the new Fellows of the Royal Society before too long,” she added.

Jenny Nelson is a Professor of Physics in the Department of Physics, where she has been researching novel varieties of material for use in solar cells since 1989. 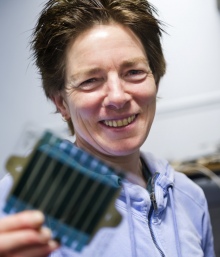 Her current research is focused on understanding the properties of molecular semiconductor materials and their application to organic solar cells. This work combines fundamental electrical, spectroscopic and structural studies of molecular electronic materials with numerical modelling and device studies, with the aim of optimising the performance of solar cells based on molecular and hybrid materials.

Since 2010 she has been working together with the Grantham Institute for Climate Change to explore potential of photovoltaic and other renewable technologies for mitigating climate change.

Bill Rutherford is Chair in Biochemistry of Solar Energy in Imperial’s Department of Life Sciences. He joined Imperial three years ago from France where he worked for the CNRS (the national research centre) at the CEA-Saclay, an energy research institute near Paris. 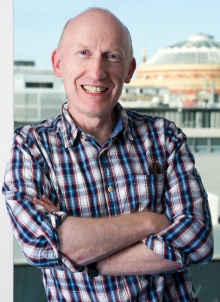 Professor Rutherford said of his research: “Understanding PSII, the enzyme that changed the planet by allowing photosynthesis to occur wherever there was light and water, is one of the greatest challenges in biology and chemistry. It is also a fun enzyme to work on: you can trigger it with light and it is green so you can see it easily.”

Professor Rutherford’s biophysical experiments and evolutionary thinking have provided vital insights into the structure and function of PSII. Inspired by nature’s catalyst, researchers and industry are now trying to make cheap water-splitting photocatalysts and electrocatalysts in order to produce fuels using energy from light: solar-fuels. It is hoped that this kind of artificial photosynthesis could help to solve the energy crisis.

Professor Rutherford said: “I’m very flattered, honoured and happy to have been elected to the Fellowship. It is a quite an event in the career of a scientist. It is amazing to join the same “club” and sign the same book as Newton, Darwin and the other Rutherford. That said, I have been told I may have to improve my sartorial elegance to fit in!”