The Singaporean President Tony Tan Keng Yam is to visit Imperial today as the university celebrates and strengthens its deep links with Singapore.

As well as forming one of the College’s largest groups of international students, Imperial’s Singapore connections include a recently-launched joint medical school, a new collaborative phenome research centre and a new cybersecurity research agreement signed this week.

President Tan’s visit marks the second occasion that Imperial has hosted a State Visit within a year, after President Park Geun-hye of South Korea visited in November 2013.

At the end of President Tan’s four-day visit to the UK, the first to be made by a Singaporean head of state, President Tan will view some of Imperial’s education and research accomplishments.

He will tour Imperial’s four-storey Carbon Capture Pilot Plant – the most advanced of its kind in the world – where academics, students and industrial partners test and develop new ways of capturing and harnessing CO2 emissions before they can harm the planet.

President Tan will be welcomed to Imperial by the College’s President, Professor Alice Gast, who also sits on the Singaporean Ministry of Education’s Academic Research Council. 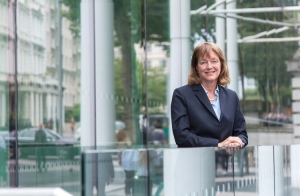 Professor Alice Gast, President of Imperial College London, said:
“We are honoured to welcome President Tan to Imperial, as we celebrate the College’s rich history of collaboration with Singapore. President Tan’s firm commitment to excellence in research and higher education is helping us to build on these strong foundations as our relationship develops.

“By working together, the UK and Singapore can greatly extend their capacity to produce high-quality research, tackle grand challenges and commercialise new technologies. Together we are driving innovation for the UK, Singapore and the whole world.”

Professor Gast will introduce President Tan to some of Imperial’s 400 full-time Singaporean students: the College’s fifth largest group of international students, and the highest proportion of Singaporeans at any UK university. In 1965, when Singapore gained its independence, there were just 19.

President Tan will also learn about the College’s extensive ties with Singaporean research, industry and higher education, including its work with Nanyang Technological University (NTU) to develop an international network of phenome centres. This builds on Imperial’s National Phenome Centre, a state-of-the-art drug testing laboratory, and a legacy of the London 2012 Olympics. 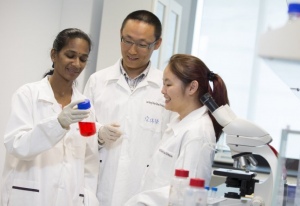 Imperial’s flagship collaboration with Singapore is the medical school it co-founded with NTU. The Lee Kong Chian School of Medicine (LKCMedicine), which accepted its first students in 2013, provides Singaporean students with a technology-rich and patient-centred curriculum. President Tan will meet Imperial’s Professor Jenny Higham and Dr Naomi Low-Beer who were both instrumental in developing and launching the new School.

During a State Banquet for President Tan on Tuesday evening, the Queen highlighted LKCMedicine’s work.

The Queen said: “Today Imperial College is helping to train a new generation of Singaporean doctors, just one of many important partnerships that it and other UK universities are building with Singapore.”

Coinciding with the State Visit, Imperial announced plans to enhance collaboration in cybersecurity research with the Singapore University of Technology and Design. Led on Imperial’s side by Professor Chris Hankin, the two universities will undertake joint research to deliver more secure infrastructure and critical services, such as water and energy. 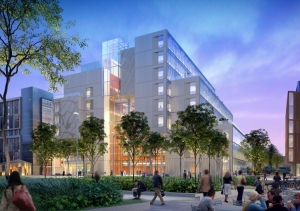 Professor Yike Guo, Director of Imperial’s Data Science Institute, will explain to President Tan how the College is harnessing big data to understand areas as diverse as public health trends and crowd management on public transport.

* The Imperial College Alumni Association of Singapore, one of the largest alumni associations in the world, serves Imperial's 2,000-strong Singaporean alumni community.

* Imperial researchers have published 350 joint papers with colleagues at Singaporean institutions over the last five years.