Imperial scientists are being asked to submit proposals for rare disease research as part of a collaboration with Pfizer to research new medicines.

The Rare Diseases Consortium, which was announced in May, gives scientists from the institutions in the Global Medical Excellence Cluster (GMEC) the opportunity to work with Pfizer scientists on joint drug discovery programmes. This month, the consortium has opened a new call for research proposals that, if successful, will be fully funded by Pfizer.

There are over 6,000 recognised rare diseases and, whilst each affects less than 0.1 per cent of the population, collectively they impact more than 3.5 million people in the UK and about 60 million across Europe and the USA. 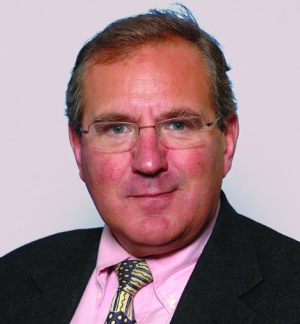 Rare diseases include rare cancers such as childhood cancers, and some other better known conditions such as cystic fibrosis and Huntington’s disease. Approximately 80 per cent of rare diseases are thought to have a genetic origin and so analysis of patients’ genomes is increasingly allowing researchers to identify the specific mutations in biochemical pathways which cause disease, thus enabling the design of new approaches to treatment.

Professor Jonathan Weber, Director of  Imperial College Academic Health Science Centre (AHSC), talks about why research and development of new medicines for rare diseases is so vital and what the agreement could mean for Imperial.

Why is it important to conduct research on medicines for rare diseases?

First and foremost because these diseases are often chronic and life threatening.  Many of them are single-gene diseases, which means they are the result of a single mutated gene and therefore the disease mechanism is likely to be amenable to investigation. With considered and well-supported research, it should be possible to discover the molecular pathway and ultimately identify a therapy. In several examples, a gene mutation leads to an inactivation of an enzyme, which can be replaced through a recombinant product or via a gene therapy. Studying disease pathways may also provide insight into more common disease processes and potentially inform the development of new medicines for these.

What kind of research is Imperial already doing on rare diseases and medicines?

Rare diseases take many forms and affect different systems within our body. Many of them start in childhood and most have a genetic basis. At Imperial we are doing some outstanding work on childhood muscular degenerative conditions where Professor Richard Festenstein’s team is working on Friedrich’s Ataxia. Professors Eric Alton and Jane Davies are leading work on genetic therapies for cystic fibrosis and we are also researching rare blood clotting diseases such as Bernhard-Soulier syndrome. As part of this collaborative agreement we will be building on this existing expertise and taking it to another dimension in terms of developing medicines with the support of Pfizer.

How will the collaborative agreement between GMEC and Pfizer go forward?

Pfizer are calling for drug discovery research proposals from GMEC universities and their affiliated hospitals so they can identify their pockets of expertise and match this with Pfizer’s skills in developing medicines.  What we will offer is knowledge and research proficiency in the area of rare diseases and access to patients for clinical trials. Alongside this I believe it will be essential for us to work with the range of charities and patient support organisations for these rare diseases to optimise this collaboration.

Why are collaborative initiatives between industry and the scientific community so important?

In order to translate our research into clinical practice it is absolutely necessary to partner with industry. These types of initiatives provide an excellent opportunity to ensure that our research and findings make their way into real treatments to improve patient outcomes. A key feature of this agreement is providing academic teams with the opportunity to work closely with Pfizer scientists by forming joint research teams and working towards the common goal of new medicine development.

The call for research proposals is now open. Researchers from Imperial College London who would like more information should contact Dr Vjera Magdalenic-Moussavi on v.magdalenic@imperial.ac.uk

About GMEC and Rare Diseases

More information on Rare Diseases can be found at Rare Disease UK, the UK’s National Alliance for people with rare diseases, at Orphanet or at the NIH Office of Rare Disease Research.