Thirty six members of staff have been chosen to receive the 2015 President's Awards for Excellence.

The winners include members of our community who have gone above and beyond to help our students fulfill their potential and gain valuable experience.

Awards in the Education stream recognise staff who have made outstanding contributions in teaching, pastoral care, research supervision and supporting the student experience. The Research awards recognise excellence in innovation and entrepreneurship, engagement and partnerships, and research support, as well as awards for an outstanding research team and early career researcher.

Nominations were made by staff and students from across the College with the winners of each award decided by selection panels overseen by the Vice-Provost (Education) and Vice-Provost (Research).

Award recipients from both streams will receive their awards from Imperial’s President, Professor Alice P. Gast, at a joint award ceremony in December.

Professor Gast said: “Congratulations and thank you to this year’s President’s Awards winners for their outstanding contributions to the College. It is very gratifying to be able to recognise them all for their truly remarkable work.

“The winners include members of our community who have gone above and beyond to help our students fulfil their potential and gain valuable experience.  This year we also recognise staff who are pushing the boundaries in their research and developing creative and innovative new fields.

“I look forward to celebrating with them at our awards ceremony later this year.”

Within each category those awardees judged to have made particularly exceptional contributions have also been selected to receive the President’s Medal. 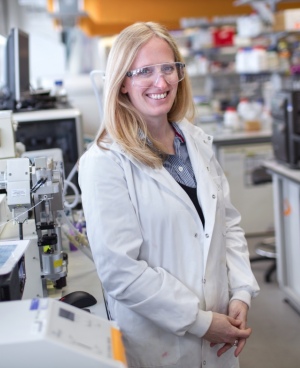 She said: “I couldn’t believe it when I won; I was really surprised and delighted.

“Pastoral care is vital, as the students we are training are the next generation of scientists who will be tackling some of society’s greatest challenges, so it’s important that we support their development.

“What we’ve tried to do is recognise that our students are often working in multi-disciplinary environments and so it is important to offer bespoke support and training to enable them to reach their full potential in all disciplines.”

She said: “What we’ve done with AGRI-net is to create a network that brings together academics, industry and policy makers in both the agri-science and chemical biology fields. Through this we’ve developed partnerships with organisations such as Syngenta, which has resulted in research programmes such as the £3.2M NexGenAgrichem Marie Curie innovative doctoral programme.” 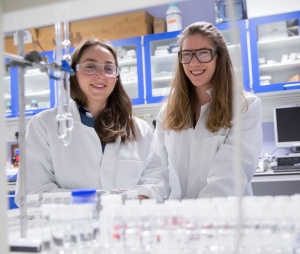 He said: “I knew we’d been nominated for the award and hoped we were in with a chance but we knew that there were other strong groups in the mix so we certainly weren’t expecting it.

“We’ve tried to think differently about structure and collaboration by building a multi-university and multi-disciplinary team that spans experimental, theoretical and computational fields to try and tackle key problems in membrane biophysics.

“The whole team is really happy – the only challenge now is finding a time we can all get together to celebrate.”

Dr Joshua Edel, Department of Chemistry was awarded the President’s Award for Excellence in Teaching for his contributions to chemistry education, particularly in developing a new project in which students build a UV-Vis spectrometer, using LEGO.

He said: “The LEGO spectrometer lab was the first time we’d done that type of project. We wanted students’ first introduction into measurement sciences to have a fun problem solving element and making them build their own UV-Vis spectrometers from LEGO seemed an ideal way to do that.

“I’m really happy to have won the award. I think excellent teaching is vital in capturing the interest and imagination of students in a subject. To be recognised for trying to do that is really gratifying.”