As President Xi arrived at Imperial, the Duke of York Prince Andrew introduced him to the Chancellor of the Exchequer George Osborne. The President, First Lady, Duke and Chancellor all joined Imperial's President Alice Gast and Provost James Stirling on their tour of the College. 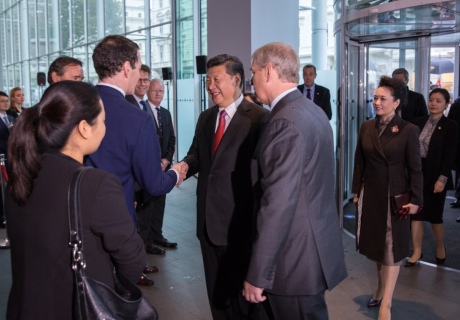 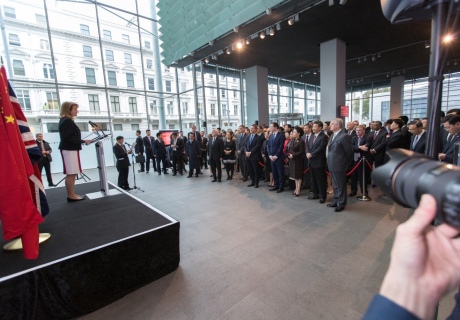 George Osborne, the First Lady Peng Liyuan, President Xi and Prince Andrew listened as Professor Gast said "When I meet Chinese students at Imperial, I am filled with optimism about the future." 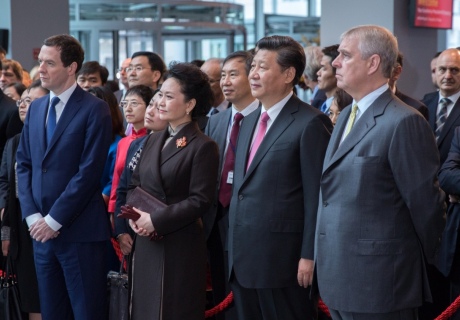 The group attended a presentation at the Data Science Institute by Professor Yike Guo. 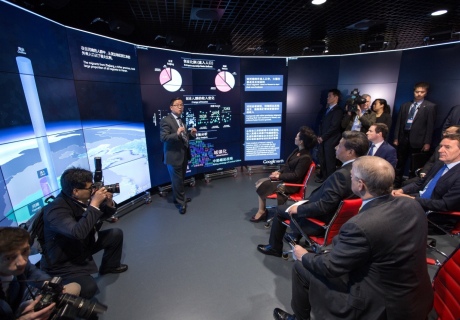 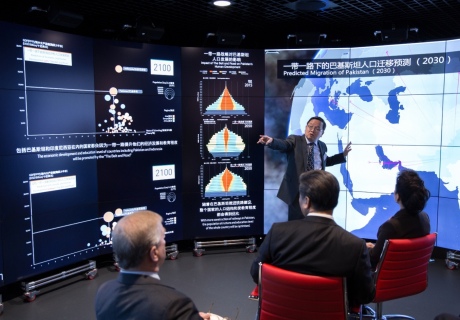 Professor Guo's team prepared a gift for Madame Peng: a special cape that used big data analysis to create the ideal design, colour and fit for the First Lady. 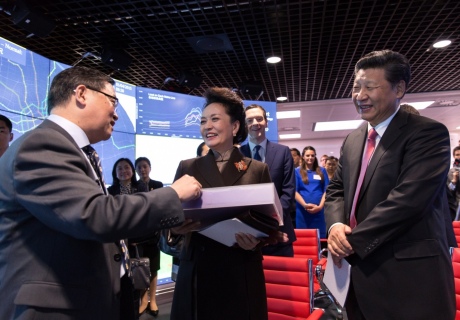 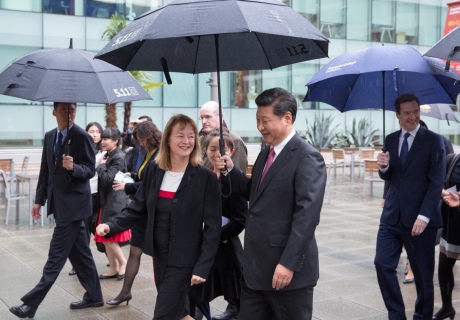 Professor Guang-Zhong Yang demonstrated some of the world's most advanced medical robots at the Hamlyn Centre. 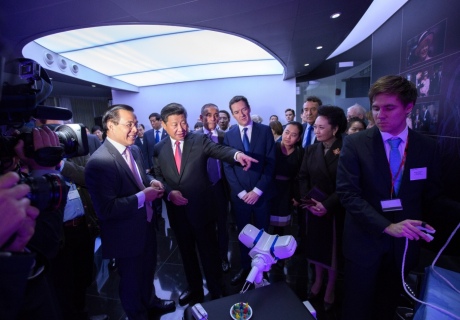 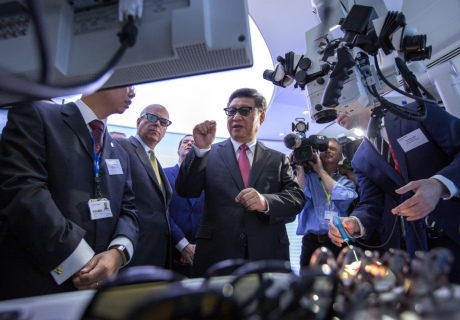 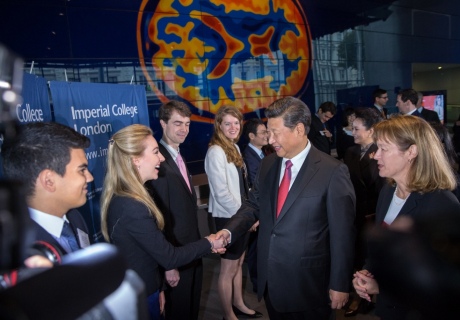 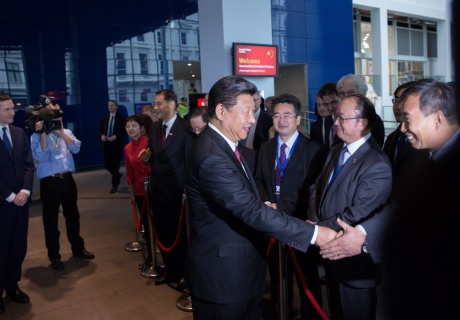 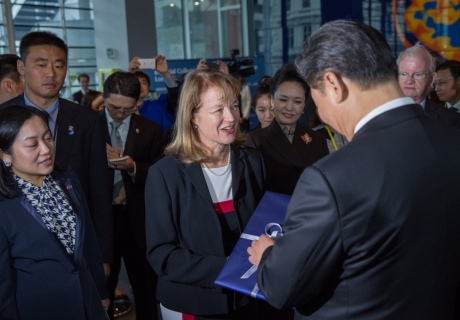 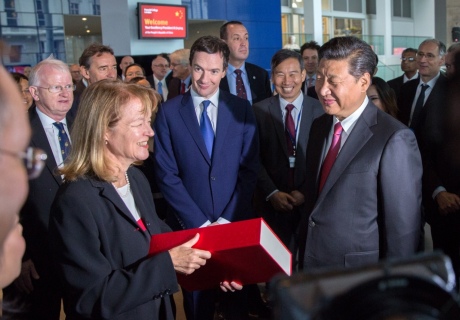 A lively crowd, including many Imperial students, gathered outside the College for President Xi's departure. 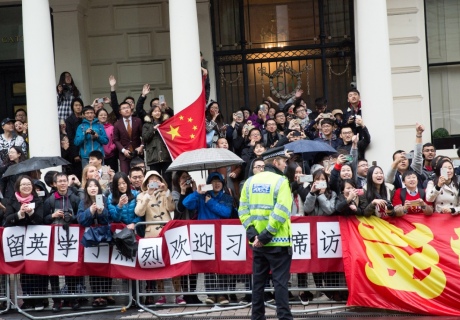 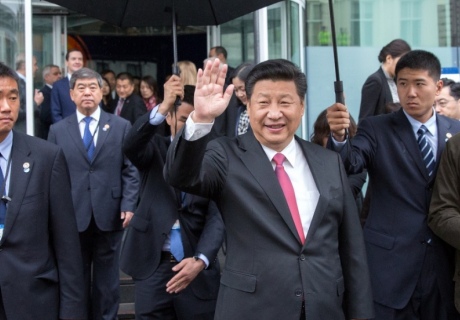 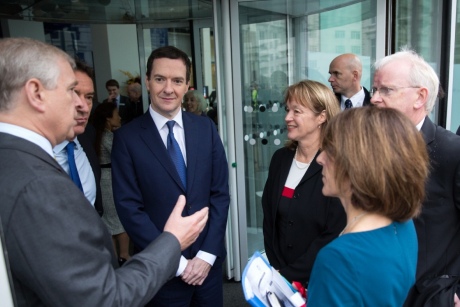 A group of Imperial's Chinese students posed with Professor Gast immediately after the visit. 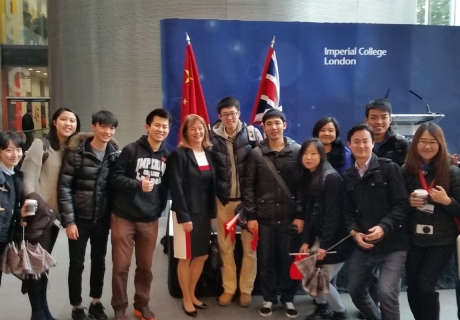