Two Imperial College London researchers have been recognised by one of the UK's most prestigious science institutions.

Professor Alford has received the Armourers and Brasiers Company Prize. It was awarded for his outstanding contributions to materials research with benefit to society, especially the development of a type of technology that delivers a concentrated beam of microwaves, known as maser technology. 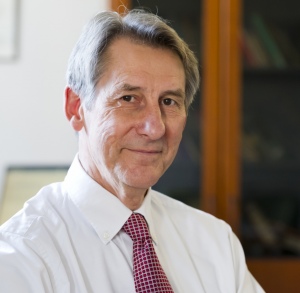 Masers amplify weak magnetic signals. First developed in the 1950s they had the potential to be used in a range of fields, including communications. However, masers were inconvenient to use - only functioning in high magnetic fields, a vacuum and freezing conditions at temperatures close to absolute zero (-273°C). They were superseded by lasers, which were more portable, cheaper and easier to use.

In 2012, Professor Alford demonstrated that masers could work under normal conditions, using less energy, without the need for a vacuum or frigid space-like conditions. His work paved the way for an improved version of maser technology to be used more widely in areas as diverse as exploring the galaxy, extremely sensitive detectors and possibly quantum computing, which could theoretically perform calculations based on the behaviour of particles at the sub-atomic level.

Professor Alford, who was previously head of the Department of Materials, said: “It has been a very exciting journey bringing    maser technology out of the cold and into the 21st Century.   I am absolutely delighted and honoured to receive this award. It’s a reflection of the importance of materials science and it’s also a tribute to the extraordinary people that I have worked with over the years.”

Professor Hess was awarded the Rumford medal, given out every two years for outstanding research in the field of the physics of materials. Professor Hess was cited for his ‘pioneering work in active nano-plasmonics and optical metamaterials with quantum gain’. 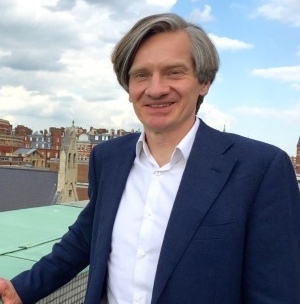 Professor Hess’ group at Imperial currently works on the quantum theory of matter and light, investigating the way the two behave at the most detailed level. This lays the groundwork for new ways to manipulate the physical and chemical properties of matter, and could be used to process quantum information, aid in the understanding of complex processes at work in nanolasers and photosynthesis, or even manipulate the chemical bonds between atoms.

Recently, Professor Hess contributed to a landmark study that mixed light and matter in a tiny trap between a sheet and a nanoscale ball of gold.

On winning the award, Professor Hess said: “I am truly honoured and proud to receive the Rumford Medal, particularly in the light of the wonderful list of previous recipients such as Faraday, Maxwell, Hertz and Lorentz. For me this award also reflects the excellent work of all my students, post-docs and collaborators with whom I had the privilege to work.”