Imperial medics are readying the launch of a smartphone app they've developed that uses CBT and principles of game design to help people quit smoking.

Called Quit Genius, the app is being developed in collaboration with London’s tech design studio WeAreHive and delivers personalised behavioural support to those wanting to quit tobacco. Featuring fun challenges, incentives and messages, it is designed to help smokers change the way they think about smoking—and stay committed to their goal.

The entrepreneurs were recently invited to present the research that serves as the evidence base behind their app, ‘Smoking cessation using the gamification of mHealth apps: A longitudinal qualitative study’, at the European Respiratory Society’s 2016 International Congress in September.

Maroof Ahmed, who heads up operations at the start-up, explains how the game elements serve to increase and sustain engagement with the app, whilst the CBT techniques employed are proven to help smokers quit.

“This concept could revolutionise the way people receive personalised behavioural support when quitting smoking, by delivering an engaging, evidence-based therapy in a cost-effective manner,” explains Ahmed.

“The NHS’s smoking cessation services currently provide behavioural support to only 5.8 per cent of smokers looking to quit. Our presentation at the European Respiratory Society’s International Congress generated a lot of interest with world-renowned academics attending the conference and smoking cessation providers across the country, given the innovative nature of the idea and its potential to help so many smokers.” 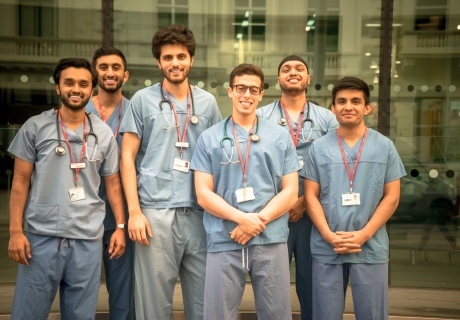 The Imperial team behind Quit Genius

As well as a presentation of their research, the students gave a sneak peak of their app in a closed-room demo. The app is currently in beta-testing and is expected to be ready for public launch in January 2017—in time for all those New Year’s resolutions.

The idea behind Quit Genius stemmed from the results of a research project the students undertook at Imperial. As part of their undergraduate medicine degrees, the students completed a Management BSc at Imperial College Business School where they began investigating how games can help change health behaviour.

They were supported by Dr Andreas Eisingerich, Professor of Marketing at Imperial College Business School who supervised the project, as well as Dr Omar Usmani, Clinical Senior Lecturer and Honorary Consultant in the Faculty of Medicine who provided clinical input to the thesis.

The project is part of a wider movement called gamification, which looks at how to apply the principles of gaming to create products that can benefit society. Well-known examples in other sectors include Duolingo, a language-learning app, and Microsoft’s ‘Ribbon Hero’, a game that teaches people how to use Office. 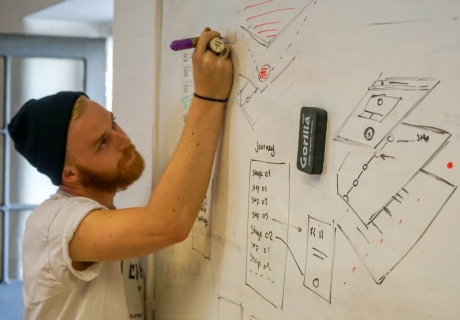 Dr Sanjay Agrawal, consultant lung specialist and chair of the British Thoracic Society’s Tobacco Special Advisory Group, said in 2015 that he was looking forward to watching the development of Quit Genius from a public health standpoint.

“I like the idea of combining cognitive behavioural therapy with the power of fun in a stop smoking game,” he said. “Its other potential benefits are its cost effectiveness and sheer reach by using smartphone technology. We’ll await further results with interest.”

Yusuf Sherwani, who leads the Quit Genius team, adds that those in the medical community have a particular interest in their success.

“As medical students, almost every day we are exposed to patients who are suffering from the consequences of smoking cigarettes, many of whom want to quit—but lack the necessary support.

“We really hope this app takes off and transforms the support available to them.”

For more information on the project, visit quitgenius.com. To get in touch with the team regarding investment opportunities, research collaborations or introductions, write to hello@quitgenius.com.