More than half of America's 'unicorn' startups, including Elon Musk's SpaceX, were founded by migrants

The remarkable tendency of immigrants to spark innovations is the focus of a new blog by Alice Gast for the World Economic Forum in Davos.

Published on the first day of the Davos meeting where world leaders, business chiefs, innovators and scholars gather to debate “responsive and responsible leadership”, Professor Gast argues that welcoming international academics and students is a powerful spur to innovation.

Professor Gast said: “Something happens when brilliant people move and cultures collide and collaborate. Eric Weiner points out that we see it in Einstein’s miracle year’ of 1905 when he published four seminal papers right after moving from Switzerland to Germany.

“We also find it closer to home when the Hungarian-born Dennis Gabor fled Germany for Britain, where he pioneered holography at Imperial College London – an achievement recognized with the Nobel Prize in Physics. Indeed, a remarkable number of the greatest scholars were once foreign students or postdocs. Among the Nobel Prize recipients in physics and chemistry since 1980, almost 40% were working in a foreign country; in 2016 all six were. 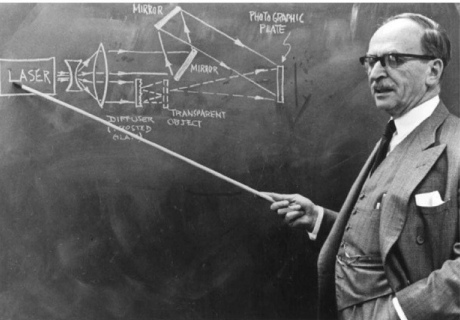 “It is no coincidence that 40% of Fortune 500 companies were founded by first or second generation immigrants. Or that more than half of America’s billion dollar startups, known as ‘unicorns’, were founded by immigrants like Elon Musk, Peter Thiel and Alexander Asseily. One quarter of those unicorn-founders initially came to the US as students, typically in science, technology, engineering, medicine (STEM) or business. The impact of international students who stay after graduating is felt far beyond billion dollar startups. A one percentage point increase in immigrant college graduates results in between 9 and 18% more patents per capita, benefiting the whole economy.”

President Gast asked, “why have, to borrow Weiner’s phrase, so many ‘brilliant minds blossomed in alien soil’?”

“The key ingredient is not migration alone, but the ability to work with people from different backgrounds, cultures and nationalities – often of the host country. It is the spirit that drives the world’s best universities and businesses, more often than not in partnership with each other. Scientists collaborating across borders make discoveries and have insights that benefit from their different ways to approach problems, their thought processes and their perspectives.

“But how can we capture more of that spirit in the midst of so much talk of an anti-globalization backlash, including at Davos this week?

“As the World Economic Forum focuses on responsive and responsible leadership, we should not underestimate the ability of our citizens to understand the value of international collaboration and the importance of students from abroad. According to a ComRes poll for Universities UK, three-quarters of Britons, including most of those who voted for Brexit, would like to see the same level or more of international students.

“People understand and celebrate the impact the world’s best foreign students, graduates, academics and entrepreneurs have on local economies. They often collaborate with domestic students to create valuable inventions.”

The full blog can be read at the World Economic Forum.