Imperial is the UK's most international university for the second year in a row, says Times Higher Education.

The 2017 rating of the world's most international universities, places Imperial as 5th overall, up from 10th in 2016.

At a time when international mobility is under threat, we will defend our values

The new table considers the "international outlook" of institutions, including levels of international staff, students and research co-authors, as well as universities' international reputations.

Imperial has significant research collaborations with each of the other top ten international universities.

Professor Alice Gast, President of Imperial College London, said: "Imperial’s excellence arises from its talented people who come from all over the world. There is something special about a global academic community where people from different cultures contribute diverse perspectives, new ideas, and fresh approaches to solving complex problems. 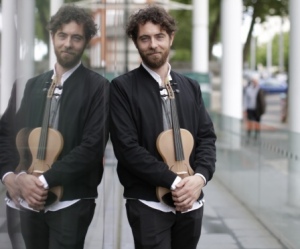 "Great discoveries arise when brilliant people absorb and learn things from the breadth of people they meet.  We are proud to be the UK's most international university.

"At a time when international mobility is under threat, we will defend our values, celebrate our diversity, and forge new connections around the world."