Volunteering opportunities open to all at Imperial Festival 2017 Applications to volunteer at Imperial Festival - the College's flagship celebration of science, engineering and creativity - are open to all.

Each year hundreds of volunteers lend their time, enthusiasm and skills to the Imperial Festival helping make it a major event in London’s cultural and educational calendars.

More than 300 people from inside and outside the Imperial community sign up to fill a huge variety of volunteer roles, from tour guides, to zone supervisors, balloon assistants, social media officers and more.

With the annual event now firmly established as the flagship celebration of the College’s best science, engineering and creativity, it has never been more important to draw on the energy and talent of the wider Imperial community.

The opportunity to volunteer at the 2017 Festival is now open.

“More than 15,000 visitors attended the Festival last year, which is a fantastic success. But it simply wouldn’t have been possible without the help of the 300 volunteers who came on board. We can’t thank them enough,” said Simone Dagnino, Imperial Research Events and Volunteering Coordinator.

“This year, as in previous Festivals, we offer the chance to be part of a vibrant cultural event in the heart of London, to engage with Imperial’s world leading research up close, and to share your enthusiasm with the College community.”

Volunteering: We need you

The 2017 Imperial Festival will be held at the South Kensington Campus on Saturday 6 and Sunday 7 May.

Volunteering opportunities for the Imperial Festival are open to anyone above the age of 18, whether students, staff, alumni or members of the public who have never even stepped foot in Imperial.

There are more than 18 different types of volunteer roles available across the three major elements of the Festival:

If you are interested in volunteering at the 2017 Imperial Festival, visit the Volunteers Application page.

Why get involved? Here's what the volunteers have to say

Volunteers from the 2016 Imperial Festival share their experiences and offer their thoughts on why others should consider signing up this year.

“I loved the experience” 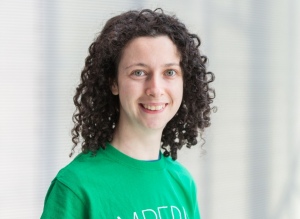 Administration executive at Imperial’s ThinkSpace, Katrina McClellan, helped set up the marquee prior to the 2016 Festival weekend, then volunteered as an events assistant in the Information Tent during the weekend itself.

“I loved the experience. The sun was shining, visitors and families were so excited to see demos and learn about actual research in an accessible way. I got to meet staff and students from all across the College and it was great to see people talking passionately about their research.

“I think the Festival is unique because it is an opportunity to bring together current researchers, alumni (and their children (and grandchildren!)) and the general public to see what people are exploring right now and how it relates to their lives.

“I think it’s becoming more important to be able to communicate complex topics in an engaging and accessible way – if people are excited about new discoveries and research, it creates a much better impact. I think that’s a very important aspect of the Festival."

“I was really impressed” 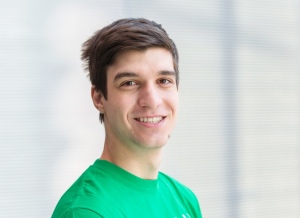 “It was a very exciting and rewarding experience. I was really impressed with the number of different projects going on and the different ways that each had provided a demonstration for the public to understand and interact with.

“In the robotics zone in particular, the visitors were very excited to see what was being done. A demonstration with electrical nerve stimulation on a gentleman paralysed from the waist down yet being able to pedal a bicycle was particularly popular.”

“The energy at the Imperial Festival is contagious” 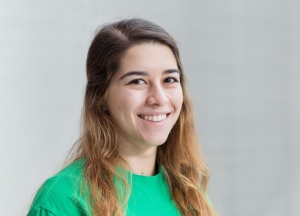 Katerina Stavri took a break from her undergraduate studies in Chemistry to volunteer as a zone supervisor across the weekend.

Tasks included: Supervising the Robot Zone, interacting with the public

“Volunteering at the Imperial Festival is a great opportunity to improve your organisation skills, time management skills and enjoy a weekend filled with science-creativity and fun! The energy at the Imperial Festival is contagious, and you get to meet a lot of alumni also volunteering or just visiting, who share their Imperial stories with you. It’s a very beautiful environment to volunteer in whether you’ve volunteered at Imperial before or not.

“The Festival is like a big fair, oozing with energy, smiles and joy whilst people get to learn something new and gain an insight to exciting technology and innovation.” 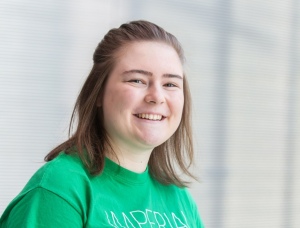 During the Festival weekend, Chemical Engineering undergraduate Dora Olah volunteered for the ChemEng Discovery Space, and was also an entrance assistant.

“It was amazing! Dozens of visitors just stop and start telling you how amazing their day was, how many cool science and engineering things they have seen, how many experiments they have done and just in general how excited they are that they can come back next year. That’s how you know it was worth signing up to volunteer.” 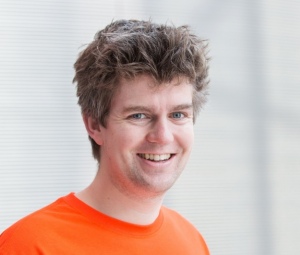 “Volunteering at Alumni Weekend was a great experience and lots of fun. I enjoyed meeting Imperial alumni and talking to them about their time here.

“It was really valuable and fun to be part of such a large scale event for the College, and to feel the camaraderie among the volunteer team.”

Visit the Volunteers Application page to sign up for the 2017 Festival.

What is Imperial Festival?

Now in its sixth year, Imperial Festival is the College’s flagship annual event celebrating the best science, engineering and creativity from Imperial.

Held on Imperial’s South Kensington Campus, the Festival comprises hundreds of attractions, demonstrations, interactive exhibits, talks, tours, workshops and performances put on by more than 500 exhibitors from our academic and student community.