Entitled “Fortune Sides with Her Who Dares,” Casadei’s lecture deftly combined an academic Bildungsroman with world-leading research on cardiac arrhythmias and with memorably trenchant life lessons.

Take advice from others only very carefully

Born in a small town in coastal Italy, Professor Casadei described her progression from clinical training in Pavia to a life-changing DPhil in Cardiovascular Medicine at Oxford. Her work ever since has focused on the common arrhythmia atrial fibrillation, and especially the contribution of nitric oxide/redox signaling.

Impressively, Professor Casadei’s research has migrated as needed from cell-based studies to experimental animals to the clinic, and back again. Among her major contributions, she highlighted recent work on the role of microRNA-31 in begetting human atrial fibrillation, by depleting dystrophin and neuronal nitric oxide synthase.

Professor Casadei’s inspiring career trajectory includes, remarkably, being the very first female BHF Chair, as well as her current role as President of the European Society of Cardiology. The audience was cautioned to “take advice from others only very carefully”, because most often it’s discouragement, especially for women. 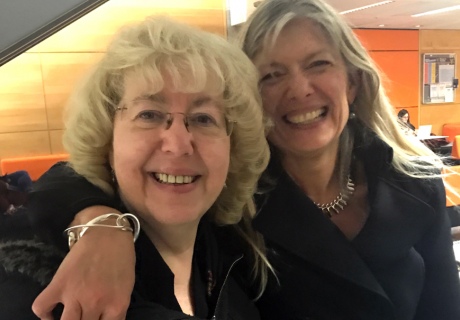