The malaria parasite ribosome with the drug mefloquine in pink

Malaria is caused by a family of parasites carried by certain mosquito species, leading to an estimated half a million deaths each year.

With growing resistance to frontline antimalarial drugs, it makes sense to improve secondary drugs that work imperfectly, rather than always reinvent the wheel.

There are several available drug treatments and preventative medicines for malaria, but some have serious side effects. Malaria parasites are also increasingly becoming resistant to many of the frontline treatments, meaning new ones urgently need to be developed.

Now, researchers at Imperial College London, together with the Laboratory of Molecular Biology, Cambridge and Walter and Eliza Hall Institute, Melbourne, have produced a precise atomic map of the frontline antimalarial drug, mefloquine.

In the study, published today in Nature Microbiology, the team have also shown how its structure could be changed to potentially make it more effective.

Study principal investigator Dr Jake Baum from the Department of Life Sciences at Imperial said: “It takes a lot of resources to discover new drugs, but by tweaking the structure of existing drugs we can breathe new life into them, and potentially gain significant benefits with far fewer resources.

“With growing resistance to frontline antimalarial drugs, it makes sense to improve secondary drugs that work imperfectly, rather than always reinvent the wheel.”

Ribosome attack: how the drug works

Many drugs that enter the market are known to kill harmful pathogens, but their exact mechanism for doing so is often unknown. The team used a technique called cryo-electron microscopy, which can image biological molecules in their natural state in unprecedented detail, to map the mechanism of mefloquine’s action.

They were able to see how the drug molecule attacks the parasite and shuts it down. The drug attacks the ribosome – the tiny molecular machines that cells use to assemble proteins, the building blocks for all biological functions.

The team could see how the drug binds to a hotspot of activity on the ribosome surface, interrupting its function and eventually contributing to parasite cell death. However, with their precise map of the ribosome and drug binding site, they could see that the fit was not perfect and could be improved. 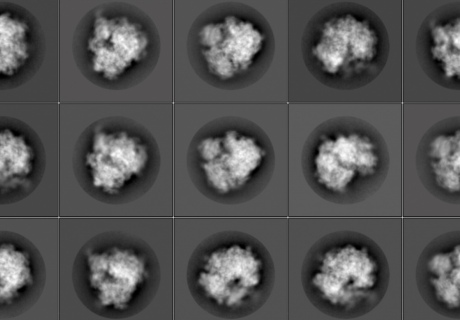 They then used this information to redesign the drug based on a more accurate fit aiming to make it better able to differentiate between parasite ribosomes and our own human ribosomes, which are very similar. Such changes may enable future drugs based on mefloquine to be designed with fewer harmful side effects.

Mefloquine has been associated with some serious side effects, including clinical depression. The researchers say it is possible that by improving the drug’s structure in the future, these side effects might be reduced, though they have not yet trialled a redesigned structure.

While mefloquine’s attack on the ribosome is analysed in this study, the authors point out that the drug likely targets other parts of the parasite too, killing it through multiple modes of action.

The technique of using cryo-electron microscopy to investigate mefloquine could also be applied to many other drugs to help improve their design, or to design completely new drugs from scratch. Dr Baum said: “Seen in this light, drug design with a microscope is likely to become a powerful tool for drug discovery for many of our most deadly pathogens.” Imperial to lead new &pound;3m London consortium for structural biology Malaria infection depends on number of parasites, not number of mosquito bites Malaria scientists aim to look 'under the bonnet' of the parasite with new grant Modified mosquitoes could help fight against malaria