The European Research Council has invested more than &euro;15 million in a series of new grants across all four Imperial faculties.

The prestigious awards will support cutting-edge research via starting, consolidator, advanced and proof of concept grants.

We are determined to maintain and grow our European ties.

They include work to develop wearable devices to tackle epilepsy, nanoscale sensors, new approaches to understanding obesity, and behavioural research into entrepreneurial clusters. 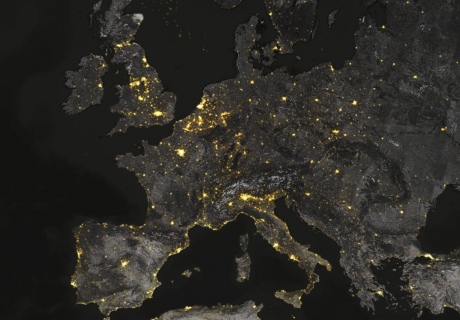 Imperial has published more than 60,000 research papers with European partners within the last decade

“We are determined to maintain and grow our European ties. That is why we will keep applying for and winning European grants, and forging new connections across the continent.

“These exciting research projects will provide further evidence of the benefits of European research partnerships for Britain and Europe – not only for our scientific communities, but for wider society.” 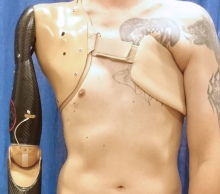 One of the Imperial researchers to have received a grant is Professor Dario Farina, from Imperial’s Department of Bioengineering. Dr Farina has received a proof-of-concept grant from the ERC to further develop sensor technology for a robotic prosthetic arm (pictured) that detects signals from nerves in the spinal cord.

Dr Farina says detecting signals from spinal motor neurons, instead of remnant muscle fibre, means that more commands can be directed to the sensors, which control the robotic prosthesis, making it more functional for users.