Fellowship of the prestigious Royal Society has been granted to three scientists at Imperial College London this month.

The researchers – who work on solar energy, viruses, and ultrafast lasers – have been elected to join the ranks of the UK's most eminent scientists as part of the 2017 election of 50 new fellows.

Professors James Durrant, Jonathan Stoye and Roy Taylor are recognised for their contributions to science and are now permitted to use the letters FRS after their name.

Also recognised is Professor Gerard Milburn, an eminent Australian scientist quantum physics, who is currently an academic visitor in the Department of Physics at Imperial.

Professor James Stirling, Provost of Imperial, said: “I’d like to offer my congratulations to the members of our community elected to the Fellowship of the Royal Society this year. It is a fantastic and richly deserved honour for Imperial scientists who have pushed the boundaries of knowledge in their respective fields – across chemistry, physics and medicine. We are proud of them all.” 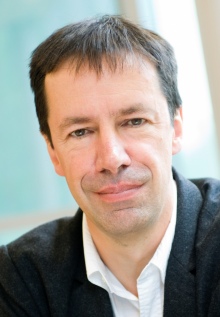 James Durrant is Professor of Photochemistry in the Department of Chemistry. His research addresses the development of new chemical approaches to solar energy conversion – targeting both solar cells for electricity production (photovoltaics) and solar energy for creating fuels (artificial photosynthesis). His research is currently addressing the development and functional characterisation of organic and perovskite solar cells, and photoelectrodes and photocatalysts for solar-driven fuel synthesis.

He said: “Research is a team effort, and I am very grateful to all the friends, family and colleagues who have made this possible, including in particular my past and present group members who have been such a pleasure to work with.” 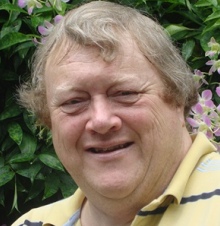 Jonathan Stoye is Professor of Endogenous Retroviruses in the Department of Medicine. He is interested in the genetic interactions between a group of viruses, called retroviruses, and their hosts. These interactions characterize an ongoing relationship spanning more than one hundred million years, with the HIV virus represent the most recent in a series of viruses that have infected humans and our ancient ancestors going back to the time of the dinosaurs.

Professor Stoye is currently based at Imperial’s partner, the Francis Crick Institute. He said: "I am absolutely thrilled to be elected.  I would like to thank all those who have worked with me and supported me in various ways over the years. They have made the journey so rewarding.  It is just a shame that my mother did not live to see her son follow her father, Gip Wells, as a Fellow of the Royal Society." 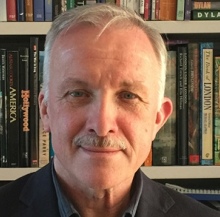 Roy Taylor is Professor of Ultrafast Physics and Technology in the Department of Physics. He is widely acknowledged for his influential basic research on and development of diverse lasers systems and their application. He has contributed extensively to advances in picosecond (one trillionth of a second) and femtosecond (one quadrillionth of a second) dye laser technology, compact diode-laser and fibre-laser-pumped vibronic lasers and their wide-ranging application to fundamental studies.

He said: “Of course I am absolutely delighted, who would not be? It really is the ultimate that I could hope for in a career in science. I have been very fortunate to have worked in a department and at a time that has allowed me the complete freedom to have carried out what I wanted to do in research, for over forty years and to have had a host of talented students and post docs in my group to have worked with.”