The investment from SoftBank values the London-based technology startup at more than $1 billion.

Peter was one of the brightest students I’ve supervised.

Improbable uses cloud-based distributed computing to enable the creation of virtual worlds for use in games and massive-scale simulations of the real world.

Improbable was co-founded by Imperial graduate Peter Lipka, 28, along with Cambridge classmates Herman Narula, 29, and Rob Whitehead, 26. Narula serves as CEO, Whitehead is CTO and Lipka is COO.

Peter Lipka graduated with a 1st class honours MEng in Computing from Imperial in 2011 before working at Goldman Sachs. He co-founded Improbable in 2012.

Professor Andrew Davison, Head of the Dyson Robotics Lab at Imperial College London, supervised Peter Lipka while he was studying computing. Professor Davison said: “Peter was one of the brightest students I’ve supervised. In his individual final year project he developed an AI software program that could automatically understand a video game and learn how to play it from only seeing pixels on the screen. He was always remarkably self-driven and I am not surprised to see him go on to such great success.” 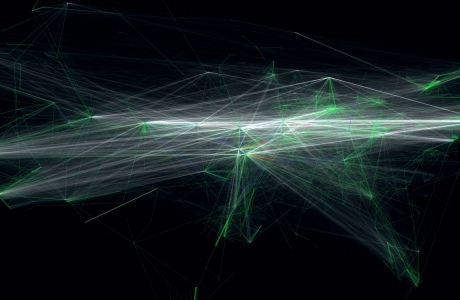 Daniel Rueckert, Head of the Department of Computing, said: “The Department’s success is firmly based in the research-based education we emphasise. This means that we not only focus on theoretical foundations and practical programming skills, but that we also enable students to engage in cutting edge research during their projects as well as sending them to industrial placements where they get unique insights into how computing is shaping the world around us.”

Peter Lipka played a key role in designing and developing the architecture and core principles behind Improbable’s SpatialOS technology. SpatialOS is a distributed operating system for massive-scale simulations that integrates with major game engines. 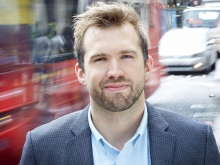 Over the past five years, Lipka helped the company grow from four to nearly 200 people, taking on roles heading Improbable’s fabric team, engineering and commercial team, before becoming COO.

The SpatialOS technology is being applied to the simulation of complex real world systems. Potential applications include simulating transport infrastructure, telecommunications networks or the behaviour of fleets of autonomous vehicles.

Developers are using SpatialOS to build a range of different types of games which take advantage of its ability to manage larger scale, higher player numbers and easy scaling in a seamless virtual world.

Lipka was attracted to working on Improbable with Narula and Whitehead by the technical challenges, he told Wired. “I’ll be honest, they were a little batshit crazy,” he said in an interview with the magazine. His experience in finance at Goldman Sachs translated well: “High-frequency trading is basically ‘speed is money,’… So taking those techniques and applying them to what we were building was incredibly valuable.”