The Norwegian delegation and staff from the Data Science Institute

Jan Tore Sanner, Norway's Minister for Local Government and Modernisation, visited the College to explore how data science can be used by governments.

The Norwegian delegation visited Imperial’s Data Science Institute to see first-hand the possibilities of AI and data science for the public sector. 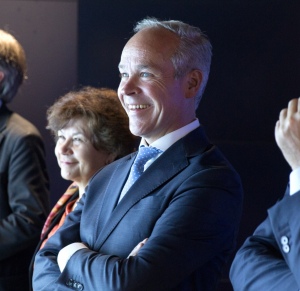 The visit was just the latest event in the College’s long relationship with the Scandinavian nation. Last year Imperial published over 260 papers with Norwegian institutions such as the Universities of Oslo, Bergen, and the Norwegian University of Science and Technology.

The group received a presentation highlighting some of the work of Imperial’s researchers including visualisations mapping out bike usage data in Norway’s capital and passenger information across Shanghai’s metro system which has been used to model passenger flows and crowd management in the event of station closures.

Imperial researchers' recent work on bitcoin was also on display, with Dr Miguel Molina-Solana from the Department of Computing exploring how data scientists from the college have been among those monitoring bitcoin addresses involved in the recent global ransomware attacks. 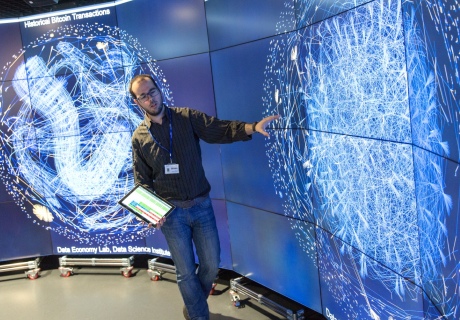 Mr Sanner said: “In every country in Europe big data and digitalisation is high on the agenda. It’s important for politicians to understand these developments and their possibilities for governments. We’ve come to Imperial today because we know it is one of the best universities in the world.

“International collaborations are very important to Norway. We want to see the best and the brightest studying in Norway and for our Norwegian students to study and work abroad too. It’s important we all learn from each other and become front runners in what we do.” 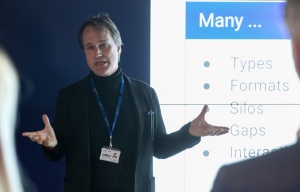 The group were also able to learn a bit more about the use of biomedical data in the public sector as Dr Paul Agapow from the Data Science Institute presented some of the difficulties and possibilities of using biomedical data and the challenges faced by medical researchers in using such information in the development of new drugs and treatments.

Inty Grønnberg, a PhD student from the Dyson School of Design Engineering, who helped co-ordinate the visit said:

“I’m part-Norwegian myself and as part of my PhD I was in contact with Innovation Norway who said that the government were interested looking into data science and ways improve their systems in regional government.

“It was a great opportunity to show what Imperial are doing with data science, it is important for government to learn about the latest innovations from experts from universities such as Imperial.”