The future cost of energy storage technologies can now be predicted under different scenarios, thanks to a new tool created by Imperial researchers.

Using a large database, the team can predict how much consumers will have to pay in the future for energy storage technologies based on cumulative installed capacity, current cost and future investment.

As an example of how it can be used, the team predict that electric cars could potentially rival petrol by as early as 2022. They also show that home batteries – used to store power from solar panels in individual houses – could become competitive in the 2030s.

The study, by researchers from Imperial College London, is published today in the journal Nature Energy.

Renewable energy sources like solar or wind only produce power intermittently, when conditions are right. When excess electricity is generated, it may not be stored and could be wasted, rather than saved for when power is needed.

Energy storage technologies, including traditional pumped hydroelectric storage, rechargeable batteries and fuel cells, can help avoid this wastage and provide electricity when there would otherwise be a shortfall. However, many of them are still very new technologies, meaning they are not very widespread and have a high cost.

As new technologies become more established, more units are produced, and costs usually fall as a result of economies of scale and improvements in manufacturing and deployment. This has been true for renewable power generators, such as solar panels, and researchers expect the same would be true of energy storage technologies.

However, because storage is so new there has been wide uncertainty about what degree of cost reduction would be experienced by different storage technologies. This new analysis reveals that with reasonable investment, energy storage technologies could soon become much cheaper, with electric cars leading the way as battery technology costs fall.

Study lead Oliver Schmidt, from the Grantham Institute and the Centre for Environmental Policy at Imperial, said: “Energy storage has been recognised by leading figures such as Barack Obama and Bill Gates as one of the key technologies of a low-carbon 21st century.

"With this analysis tool we can quantify when energy storage becomes competitive and identify where to invest to make it happen, thereby minimising investor and policy uncertainty.” 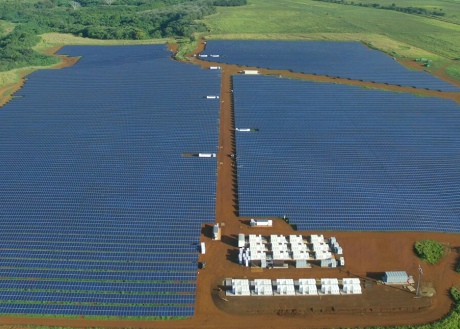 With this, they could make a series of predictions about when low-carbon energy systems might catch up with traditional fossil-fuel systems. For example, they compared the cost of driving one mile using electric car batteries plus electricity, with the cost using fuel tanks plus petrol.

This showed that with current oil prices electric cars will catch up with petrol in terms of cost by 2034 at the latest, and possibly as early as 2022. Therefore, the uncertainty in how rapidly battery costs are falling translates into uncertainty of 12 years for electric cars taking off. Among others, this uncertainty is subject to the uptake of Tesla’s Model 3 car, for which production started this month.

Comparing investment: what could we gain?

The authors also say the tool could be used to compare the gains from different investments. For example, the Hinkley Point C nuclear power plant is now projected to cost £19.6bn, and produce 3.2 gigawatt (GW) of power on demand when it is completed in 2025.

If the same amount of money (£19.6bn) were invested in large-scale lithium-ion batteries, by 2025 these would be able to deliver 21-41 GW of power when charged. This is more than ten times the UK’s current electricity storage capacity, enabling the use of significantly more wind and solar energy.

Co-author Dr Iain Staffell, from the Centre for Environmental Policy, said: “This tool allows us to combat one of the biggest uncertainties in the future energy system, and use real data to answer questions such as how electricity storage could revolutionise the electricity generation sector, or when high-capacity home storage batteries linked to personal solar panels might become cost-effective.”

‘The future cost of electrical energy storage based on experience rates’ by O. Schmidt, A. Hawkes, A. Gambhir and I. Staffell is published in Nature Energy. Wind turbines can pick up the slack on coldest days Low-carbon tech requires investment, but the payoff is a clean, strong economy Next-gen solar cells could be improved by atomic-scale redesign Coal and oil demand to peak by 2020, according to new report