Co-author Dr Alba Ramos Cabal presented an overview of the paper at a launch event on Monday evening, hosted by the Grantham Institute. The event also invited policy makers and industry representatives to share their perspectives on the changing role of solar heat within the context of a transitioning energy market.

The paper underlines the importance of identifying a clean and sustainable future energy system, in order to satisfy heat demand from an increasingly urbanised global population, and to meet environmental objectives on both a national and international scale.

“It’s great to have an incentive to start an industry off, but it has to serve development of the industry itself

It argues that a drive to meet decarbonisation targets – most notably in Europe, but also elsewhere – could precipitate solar thermal’s disruptive innovation of the energy market. At present, only a handful of countries are on track to meet the European Union's target of one square metre of solar-installations per person, while there is considerable scope within certain areas to increase the prevalence of solar-thermal systems.

Given that the current market is largely reliant on conventional energy sources – oil, gas and coal – it suggests that the potential for solar-thermal and hybrid photovoltaic-thermal (PV-T) technologies to be integrated within existing local energy systems presents an advantage over alternative renewables.

However, the paper acknowledges that scalability is an issue for current solar technologies, due to their often limited adaptability and flexibility, and the need for a sufficient amount of unoccupied space for heat storage. 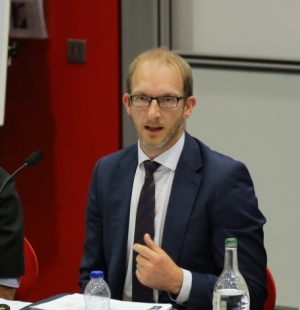 The role of policies, subsidies and incentives in enabling widespread adoption of solar-thermal technology was an area of discussion at the briefing event. Finbarr McCarthy, Technical Manager at Kingspan, echoed the paper’s recommendation to treat financial incentives as a short-term “kick-start” rather than a raison d’être: “It’s great to have an incentive to start an industry off, but it has to serve development of the industry itself.”

“At times, certain incentives have also resulted in complementary technologies being seen as competitors – such as with photovoltaic (PV) and solar-thermal – when in fact there are obvious natural tie-ins.”

Co-author Dr Christos Markides acknowledged that, in the UK, certain “significant incentives” had played a major role in accelerating the uptake of PV technology, and that the comparative lack of incentivisation around solar-thermal had had a clearly detrimental impact on national implementation, with the UK remaining last in terms of installed capacity per capita across Europe.

As the briefing paper demonstrates, the area of installed solar-thermal per inhabitant in the UK is currently one square centimetre. This is a considerably lower figure than the majority of other European countries, with notable differences to those where support schemes have been adopted for a number of years. For instance in Cyprus, where the collector area per inhabitant is 60 times that of the UK, a solar obligation scheme has been in effect since 1974.

Aside from incentivisation, the panel discussion also focused on the need to innovate solar thermal technologies, specifically in terms of scalability and balancing cost and performance.

Discussing the general challenges faced by the solar-thermal industry, Innovate UK’s Michael Priestnall said that it was vital to explore how high-grade heat could be produced using low-cost systems, and pointed to ongoing developments in evacuated tube technology as one area of innovation with “massive potential to reduce systems cost”.

Rounding off the panel discussion, Dr Markides explained that the briefing paper represented an effort to “put hybrid PV, and solar thermal in general, on the map in the UK”, but added that “there are also other ways in which we could be using solar energy.”

“There is a case for hybridising PV and solar thermal technologies, and intelligent ways of generating both electrical and thermal outputs from the same area. This is important to think about when space is a constraint, and you cannot install both PV and solar thermal panels.”

Read the briefing paper in full on the Grantham Institute website.