Scientists, clinicians and the public gathered in the capital yesterday to see some of the cutting-edge tools helping to combat infectious diseases.

The best of British technology was unveiled at the Royal Institution (Ri), when it joined with Imperial College London to host a summit on the international fight against the spread of infectious diseases.

Innovation is a long road, so it’s exciting to be close to launch with a world-leading technology that has the potential to transform the clinical management of sepsis

It showcased some of the British technology and scientific research at the forefront of international efforts to tackle the global challenge of increasing drug resistant infections and infectious diseases.

Speaking ahead of the event, Alison Holmes, Professor of Infectious Diseases at Imperial and head of the Antimicrobial Research Collaborative, said: “The potential for infectious diseases to spread rapidly is a live threat at a global level. The summit will uncover how some of the smartest minds across academia, healthcare and industry are pouring their efforts into tackling this challenge."

"It is a reminder that the research in science and technology carried out in this country has a major role in the fight against global infectious diseases and drug resistant infections,” she added.

Among the technology on display at the Ri was the LiDia BSI Test for diagnosis of bloodstream infections that lead to sepsis, which was unveiled for the first time.

Following the invention of semiconductor based genomic analysis by Chris Toumazou, Regius Professor of Engineering at Imperial, the LiDia BSI has been developed through his spin out company DNA Electronics (DNAe).

Late diagnosis of sepsis leads to thousands of preventable deaths every year and the test will reduce diagnosis time from several days to just three hours. 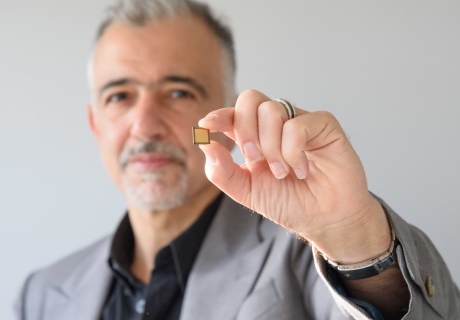 The company has been awarded funding from the US government to develop this sequencing platform for rapid diagnosis in two antimicrobial resistant infections and influenza.

Professor Toumazou, who is also an Ri Trustee and Founder and Executive Chairman of DNAe, said: “It is an honour to be pioneering ground-breaking third generation semiconductor DNA analysis technology.

"Indeed we are very pleased to preview our first genomic analysis test for blood stream infections leading to sepsis, at the historic Ri building – where Michael Faraday undertook his experiments around semiconductor properties, and where the father of antibiotics, Alexander Fleming, presented to the Ri in 1953.

"Innovation is a long road, so it’s exciting to be close to launch with a world-leading technology that has the potential to transform the clinical management of sepsis.” 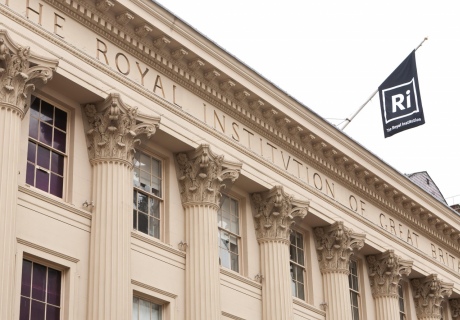 The event was introduced by Professor James Stirling, Provost of Imperial College, and included presentations from Dr Sophie Yacoub from the Singapore-MIT alliance for Research and Technology on Dengue, Professor Jake Baum on malaria and Dr Darius Armstrong-James on pathogenic fungi.

In addition, Professor David Heymann CBE, Head of the Centre on Global Health Security at Chatham House, delivered a keynote address on priorities for action.

Key to addressing infectious diseases is their prevention and the increasing importance of innovation in vaccines. Dr Emmanuel Hanon, Senior VP Global R&D Vaccines at GSK and Professor Robin Shattock, Head of Mucosal Infection and Immunity at Imperial College London, detailed how technology can improve vaccination coverage worldwide and for a greater range of critical diseases.

Other technologies showcased at the Summit included ProMED, an Internet-based reporting system dedicated to rapid global dissemination of information on outbreaks of infectious diseases; POCAST and Target, facilitating navigation, access and use of national antimicrobial guidelines to support clinical prescribing decisions; and Microreact, open data visualization and sharing for genomic epidemiology.

Commenting on the summit, Professor Gail Cardew, Director of Science and Education at the Ri, said: “For over 200 years the Ri has been the place where cutting-edge science has been announced, debated and showcased to the world.

"Today we find ourselves facing challenges – such as the unprecedented growth of newly emerging diseases – that were unimaginable just a few decades ago.

"That makes the importance of critical debate through the public communication of science even more paramount.”

This article is based on materials provided by the Royal Institution.