Two of the world's best mathematicians opened a new joint laboratory set up by Imperial and France's National Center for Scientific Research (CNRS).

The UMI Abraham de Moivre is a testament to the importance of international collaboration, and it is a mark of the friendship between France and Britain.

Professor Cédric Villani who has been described as the ‘Lady Gaga of mathematics’ gave a special lecture to academics and students on optimal transport theory.

The emphasis of Professor Villani’s talk was on the journey and opportunities that a career in mathematics can offer. His career, which has focused on geometry, has led to him collaborating with many scientists all over the world.

Professor Villani said that changing your environment to get different experiences was very beneficial. He also spoke about the contribution of De Moivre, anticipating the discoveries that mathematician Carl Friedrich Gauss later made.

The star mathematician has recently been asked to develop the French strategy for the future of artificial intelligence. Professor Villani said that Imperial is a leader in this area and met with Imperial researchers to discuss their work.

Using examples of Tetris bricks and liquid crystals, Professor Hairer talked about universality and the evolution of a boundary between two regions.

Professor Hairer noted that Brownian motion is apparent in many places, such as the evolution of the stock market. 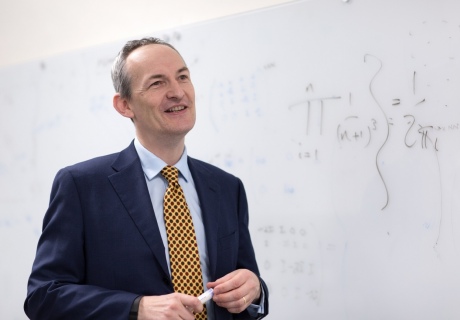 The new laboratory will be led by Professor Richard Craster

This is the first time that the National Center for Scientific Research (CNRS) has opened a UMI in the UK and it will have equal status to a CNRS laboratory in France.

It represents the highest level of collaboration and will establish a long-term partnership between the French and UK mathematics communities.

The new project will provide better mobility for academics between Imperial, a world top ten university, and the CNRS, the largest fundamental research organisation in Europe, and builds on existing joint mathematics fellowships between the two institutions.

The new laboratory will focus on advancing understanding in areas including number theory, mathematical analysis, biomathematics and financial mathematics.

New laboratory is a 'great milestone' 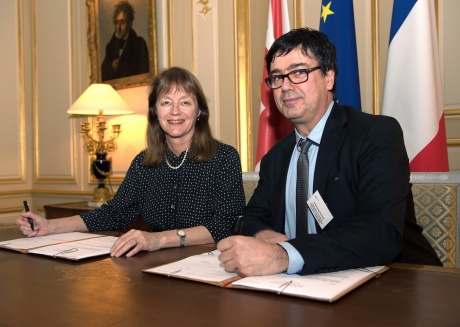 Professor Gast said: "UMI Abraham de Moivre is a testament to the importance of international collaboration, and it is a mark of the friendship between France and Britain. We take special pride in the fact that this is the first UMI in the United Kingdom.

"UMI Abraham de Moivre will advance research in mathematics by encouraging, strengthening and broadening collaboration. It will inspire future generations of mathematicians."

French Ambassador to the UK Jean-Pierre Jouyet, said: “Mobility is fundamental in science, particularly in mathematics. Freedom of movement is an essential driving force. The new laboratory will be a special place for bringing together brilliant researchers and students.”

The Ambassador described the creation of the UMI as a ‘great milestone’ and recognised the great links between France and Imperial.

Imperial already has strong connections with the CNRS and French academics. In the past five years Imperial and CNRS researchers have co-published more than 2,700 publications.

Professor Pascal Auscher, Scientific Director of the CNRS National Institute for Mathematical Sciences and their Interactions (INSMI), said: “Dynamic international policy is part of the CNRS’ DNA. Thanks to the large number of French mathematicians on British soil, and the deep-rooted French-British links in mathematics, the collaboration between both countries is extremely fruitful. The institutional agreement creating the UMI Abraham de Moivre will enhance this already well-established common research base." 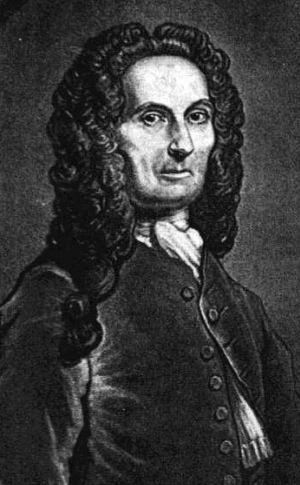 French mathematician Abraham de Moivre, who the centre is named after

The new research unit will be led by Imperial's Professor Richard Craster, Director of the UMI and Professor of Applied Mathematics at Imperial College London.

Speaking to BBC Radio 4's Today programme, Professor Craster said: "The new partnership serves as proof that these times of uncertainty need not be times of stagnation."

Professor Craster explained that it was a very exciting time for mathematics.

"We are building on a great tradition of links between the French and UK mathematics communities, exemplified by the mathematician Abraham de Moivre. We are delighted to formalise these collaborations by creating this joint research laboratory at Imperial. This exciting partnership underlines Imperial’s commitment to strengthening our ties with Europe by improving mobility and giving new opportunities for researchers to exchange ideas."

Abraham de Moivre was a 17th and 18th Century mathematician who was instrumental in the development of geometry and probability theory. De Moivre established himself in London and became a member of the Royal Society and part of the English scientific establishment which at that time included Isaac Newton and Edmond Halley among others.

In the last decade, Imperial has published more than 8,000 joint research papers with French institutions.