A “carnival atmosphere” that “evoked the feel of the original Great Exhibition.” Our summer festival has been praised by visitors and Imperial staff.

Over the summer, Imperial partnered with 20 neighbours across Exhibition Road and South Kensington, including some of the world’s most iconic museums, to create a unique new festival. Over 60,000 people attended the first ever Great Exhibition Road Festival at the end of June to enjoy a mixture of art and science, culture and local history, technology and curiosity.

Last month it was announced that the Festival will become an annual event, returning across the weekend of the 3-5 July 2020, with opportunities for Imperial teams to submit their own contributions via the official proposal form.

Now the Festival organisers in Imperial’s Public Engagement team can reveal the results of over 700 interviews and surveys carried out with visitors and exhibitors from the 2019 edition.

“It was super festive and fun. I really enjoyed myself. It just had a great “The presenters were just brilliant - enthusiastic, knowledgeable, friendly, and made every one of every age very welcome,” said another.

Some headline stats from the evaluation of over 500 public attendees include: 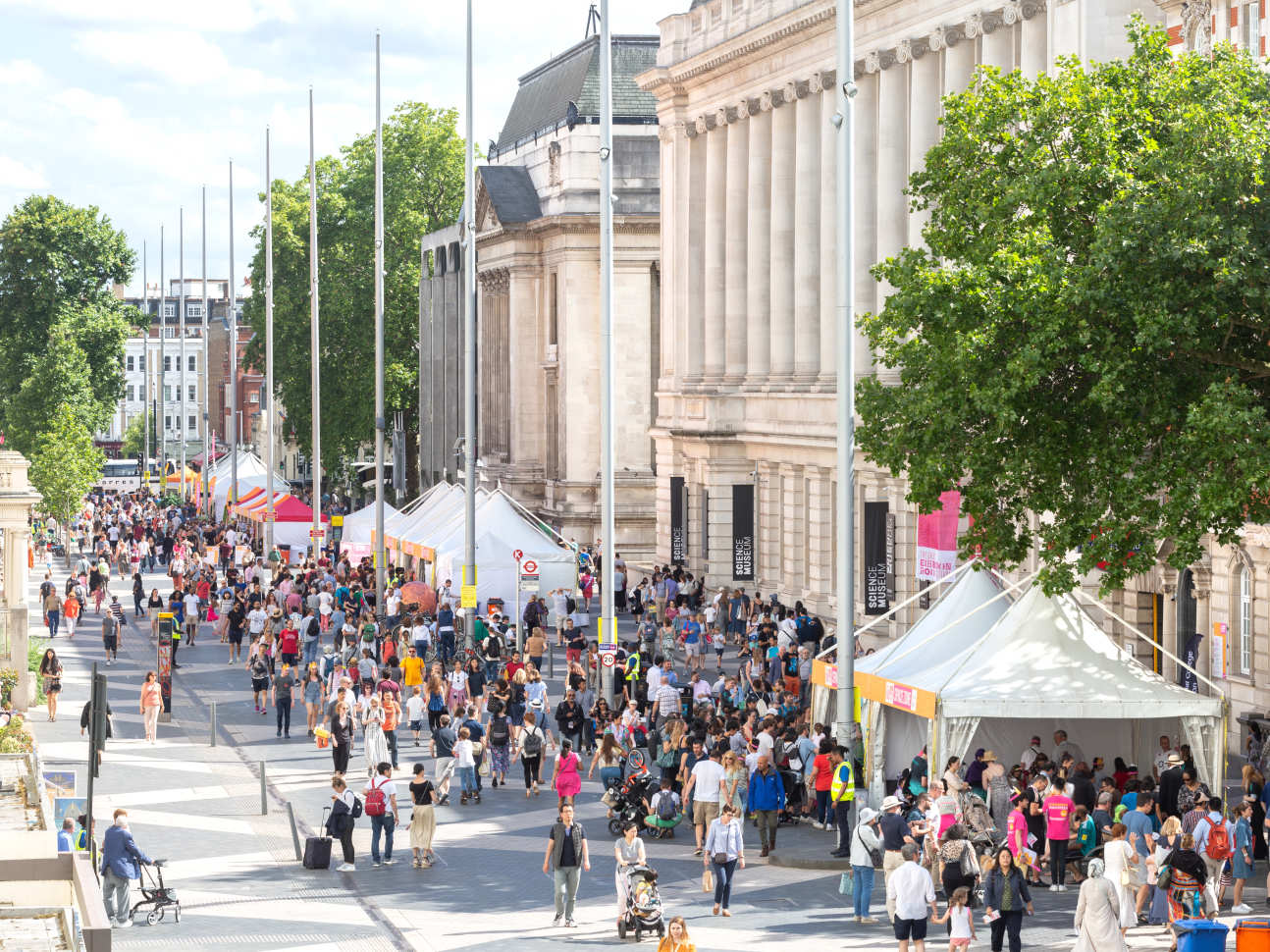 This final statistic was particularly welcomed by the Festival organisers.

“It's an encouraging sign that the expansion of the annual summer Festival into an Exhibition Road wide art and science celebration is helping us reach new audiences,” said Head of Public Engagement, Vicky Brightman.

There was also a lot of positive feedback from over 100 exhibitors, presenters, demonstrators and facilitators, drawn from across Imperial's academic and student community, who spent their weekend entertaining the crowds.

“With all the families having fun and feeling welcomed in the university space, as a scientist I rarely think about the impact science has in society. I could observe that this weekend,” said one exhibitor, whilst another discussed the personal benefits of taking part. “I am more comfortable with speaking to the public about the research we carry out, and have become quite good at explaining it in simple terms. It also helped me discover how much I like science!”

Some headline stats from the interviews with exhibiting Imperial staff include:

The combination of public and Imperial staff and student feedback has proved invaluable for the organising team, who are already planning the next edition in 2020.

“The response we received from across the Imperial staff, festival partners and visitors has been really positive. There were also lots of suggestions for ways to improve the event for everyone involved, and new programme ideas we are now looking to implement for next year,” adds Brightman.

A full evaluation report on the 2019 Great Exhibition Road Festival can be provided on request by contacting the Festival team at festival@imperial.ac.uk